Obviously, I have nothing to say regarding Gabriel's recent struggle at EB other than to offer some helpful advice. Lord knows I'm not the man to come to when your retail resolve falters, I just buy things - I can't help it. Even those ten dollar bins they have represent a danger to my finances that I can't even begin to describe to you. 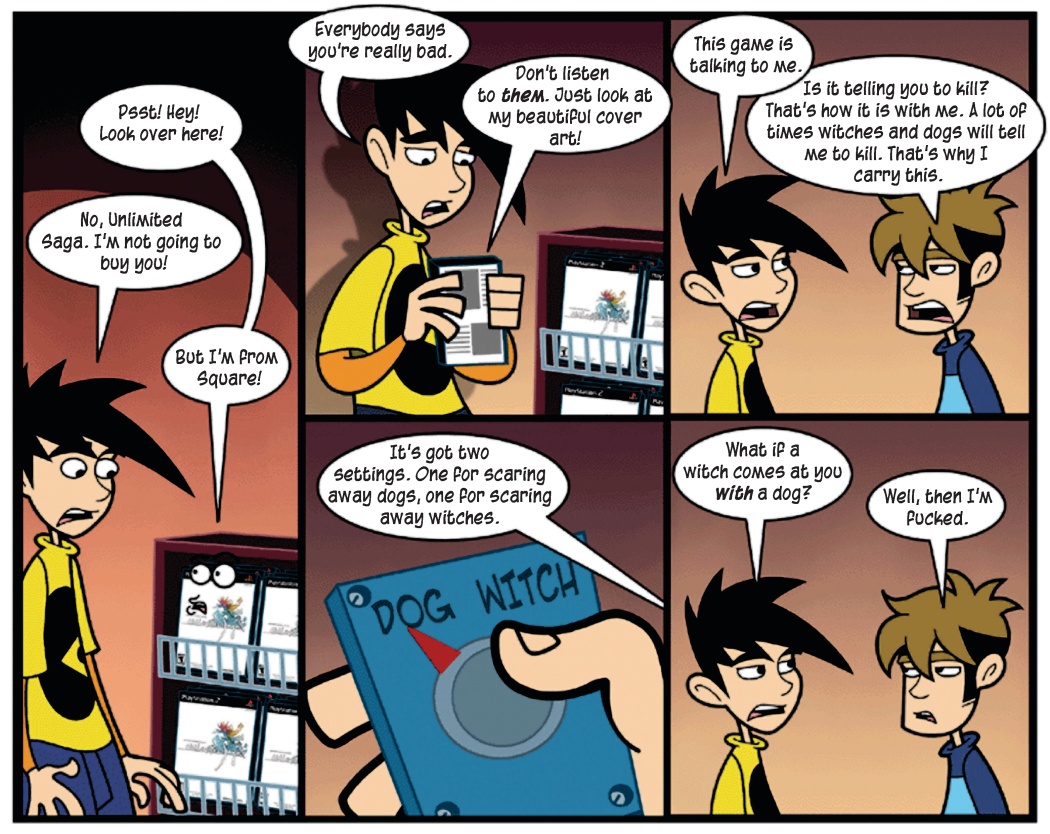 I had three games on my doorstep when I got home, review copies. Maybe you'd like to know what I thought of them?

Midtown Madness 3: I have only brief experience with prior Midtown games, my own particular madness being of the Motocross variety. So if they changed all the stuff people liked about it, or something, I am not the man who will redress your grievances. Besides, I have my own grievances.

There is quite a lot to do in the Single Player portion of the game, but I don't know what earthly force would compel a person to do it. I mean that. It's in there because "you have to have a single player game," I understand why. It is a roiling cauldron of poor voice acting and misery. This is the thing: This game does not, strictly speaking, need single player. I know it's expected, but if you play the multiplayer even one time I don't know why you'd ever go back. It's not like they punish you as they do in many games, putting you on some forced march through single player drudgery to access some cool cars for multiplayer. You can play with plenty of great vehicles right away, just jump online and check out one of the six gametypes. There's team based modes, free-for-all modes, all kinds of Goddamn modes. We are partial to Tag or Capture the Gold around these parts. Even better, you can join games dynamically, like we'd expect to on the PC. It is a hell of a lot of fun.

Brute Force: It has received a fair bit of visual polish since I last saw it, and any issues that build had with HDTV resolutions are gone. Other than that, it is precisely as I said last time I talked about it. It looks good. It is a pretty fun shoot-'em up whose co-operative play keeps it from blending into the background with all the other pretty fun shoot-'em up games. If this fucker had Live play - and not just content download - this paragraph would read a lot different than it does.

Inside Pitch 2003: I traded it in for two copies of Tetris Worlds, so yeah. I guess it's pretty good.

now you see what i'm up against