I - we - would be lying if we said that speaking where we are speaking is not intimidating. We walked through a kind of hive where students formicate, and I am told this honeycombed structure is called the East Campus. It was unbelievably hot throughout, and if we had been at any other school I'd have said there were ventilation concerns. Given the location, it seems more likely that some rogue intellect had managed to yoke geothermal power. 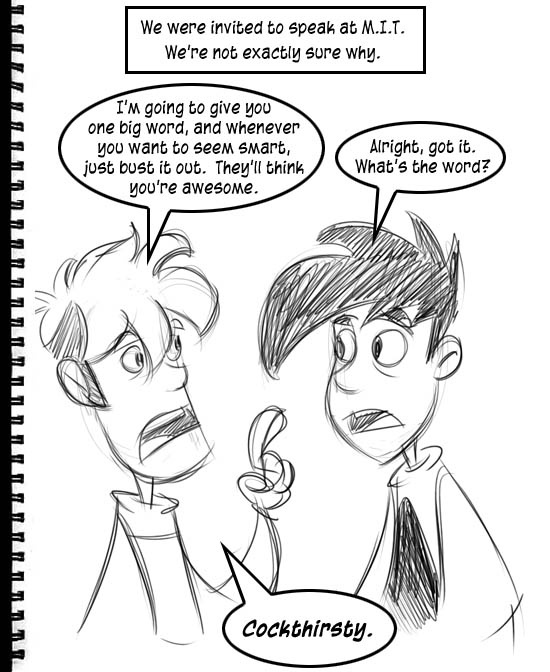 We've had both Burnouts to play the last couple days, and fairly optimal conditions for Legends, so I wanted to get some thoughts on these out of the way.

First, Legends is a capable portable racer on a system where racers practically define it. It is fast for a PSP racer, but I do not agree that it captures the speed of the console version. That effect is garnered through the use of camera tricks and border warp that aren't modeled here. Controls that feel a mite squirrely at first just take a little getting used to, and your Burnout circuit chops will return before you know it. It is sometimes extremely difficult given the PSP screen to assess oncoming traffic. Multiplayer modes feel as good as any we've played on the system, sensible enough matchmaking and great networking, but I'll be God Damned if there's a game for the system that robs as much time from you with level loads. You'll play a crash mode wirelessly, let's say, and it will take up your time and battery loading everything each round of a three round event. Once you're in each time, you forget it. They made a great version of Burnout you can take with you. So, as real as I consider these issues, it can absolutely get a hook in. Sometimes you see a game that isn't quite there at E3, and the game that is delivered at retail hasn't really changed much from that adolescent code. That's not true of this, I don't know that I've seen an improvement this pronounced.

Short of a couple defects, Burnout Revenge is a marvel, and we look forward to getting back home to try out the modes we enjoyed in 3 with the addition of Traffic Checking. The game is definitely the equal of Burnout 3 in gameplay, exquisitely so, with the addition of more diverse tracks that allow for genuine opponent hunting through branching paths. This and the ability to strike and use same-way traffic as a weapon would have been more than sufficient for a sequel, certainly in concert with increased visual fidelity. But when you go annual, as EA franchises are driven by whips to do, developers catch Tiger Syndrome.

Because Golf if not a terribly complicated game, the malady they come down with can be seen most clearly when the fundamentals are so exposed. I'm told that the new version of Tiger Woods will now simulate nervousness ("the yips") by camera shaking and vision blurring, which is the most egregious, unnecessary crap. Putting with both analog sticks, I'm right with them on that. That brings the simulation into greater accord with on-screen action.

Crash Mode has been "reinvented" with additions that aren't really necessary and actually amount to retractions. There is now some kind of extreme adrenaline grain alcohol boost bar that you use when your run starts to get extra boost, but a wrong press will destroy your car before the run even starts.

I don't know what this is for.

Your game is already called Burnout Revenge, it's a game where you kill a thousand or more people in a single round of Traffic Attack driving like a fucking maniac. So I think it's fair to say that young men will have their thirst for blood slaked. Burnout 3 arranged the Crash Mode course in such a way as there were targets that could be strategically claimed. I've read in multiple reviews that the x4 score multiplier broke this mode, making you aim directly for it and claim victory, but I never heard from anyone that this detracted from the experience. Indeed, we went back through crashes again and again to improve our score, multiplier or no, because the game was fun.

Their response was to remove all powerups, which acted as a kind of template that governed the mode. They also added multiple Crashbreakers, which let you rack up more money, but in order to activate them you must now mash the B button. It's not civilized, but it's right in line with the weird Hyperactive Outreach Program they're trying to create here. So their convoluted, deeply nested menu system is an odd choice, because the tweaked out meth addicts they're going after may never penetrate the strata.

I think the game should be owned, but I hope that B3 wasn't the sweet spot before annual release condiments came to dominate the flavor.

I don't have anything polite to say about the controller for the Nintendo Revolution. Watching the DS shift from something I furrow my brow at to something I take with me everywhere has bought them this courtesy.

the ruin of many a poor girl 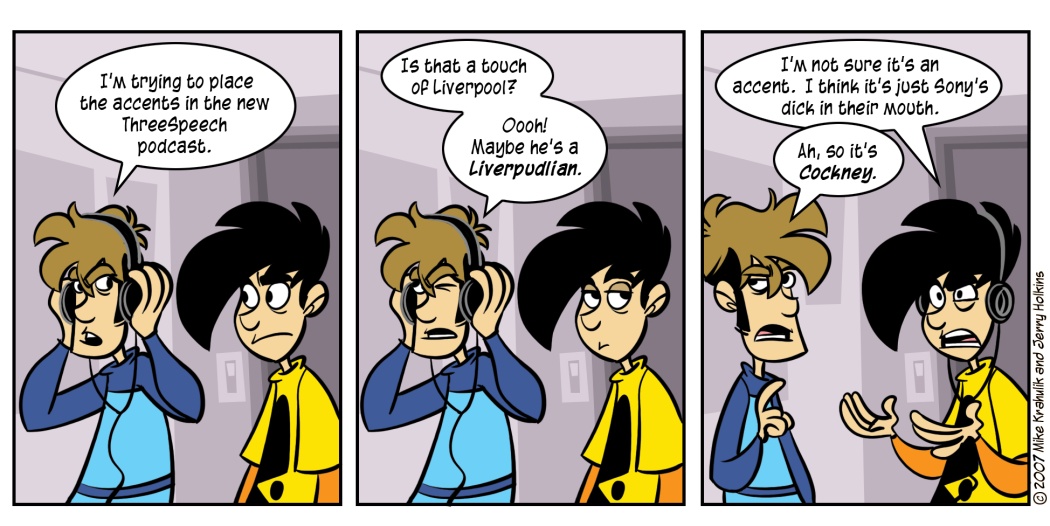