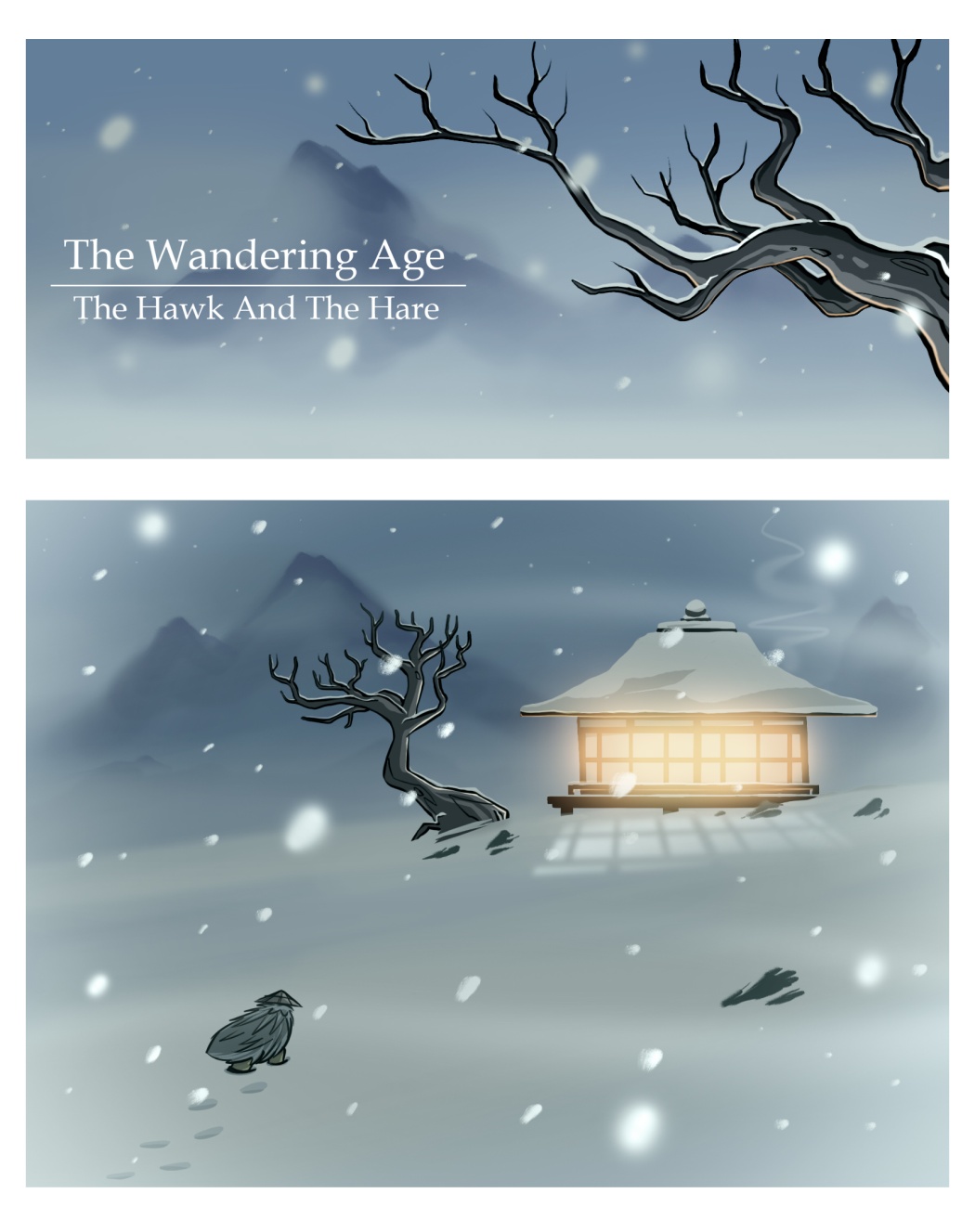 Starting with The Last Christmas, we moved away from the low-impact recitation of "which games came out, mans" and moved instead to a place we once renounced: the murderous peaks and ravenous valleys of Continuita, "the perpetual realm."

This year's indiscretion centers on the Cardboard Tube Samurai, and runs until next Friday. The first installment of The Hawk And The Hare is available here, and additional pages will reveal themselves according to the ancient method. I'm heading over Horror Pass this weekend, to the old lands where devils still rule. But newsposts will continue, even if if my my right hand must tap them into my phone while my left hand bats away a shrieking chibboleth.

I think Gabe is planning on posting all the old CTS strips together in one place, which (taken in aggregate) is a very strange progression. My personal favorite (purely for trivia's sake) is this one, though I am also partial to this one, especially because it references this one. So in a way, I guess I am saying that I like all Cardboard Tube Samurai strips, all the time, every day and in every way.

I was pleased to see You Don't Know Jack return, even as a "Dis or Dat" web-only proposition. The more I think about it, the web's immediate nature is probably a natural environment for the franchise. We play YDKJ (as it is called by street urchins) over long holiday breaks, and it's one of the few electronic diversions I never have to cajole Brenna into. Game shows are a metaphor that everyone understands, and at no point during the proceedings must she attempt to recall how red and blue potions differ.

While I was clicking around the site scavenging their directory structure, I saw (among examples of their work outside of entertainment software) a guide they've presented that defines their approach to simulating conversations. You know rationally that when you're playing one of their games, sounds recorded in a studio somewhere are being cued up to crisp animated text - but they have mastered a kind of trick to establish rapport. It's probably pretty nerdy, but the experience always seemed so effortless that it was interesting to draw back the curtain, so to speak, and reveal such industrious gnomes.

Also: I have some information about this week's Child's Play total before it goes up on the official site, the so-called insider info. We've annihilated my way-out-there, wouldn't it be awesome if amount - eight hundred thousand dollars - and to this sum we have added an additional eighty-five thousand. We don't include community projects to the total until we receive the check, so unbelievably awesome things like Fünde Razor or the swank webcomics postcards haven't made an appearance there, and we have had a steady stream of raw toy from locals like Arena.net, Microsoft, and Her Interactive whose value must be shrewdly assessed. The short version is that I think it very likely - almost a certainty - that we will crack a million dollars in a single year.  I've been trying to generate a wry comment about that for almost an hour now, and I can't.  That vast, almost nonsensical sum nearly stills my heart.

beneath his sparkled diadem