Brenna actually did find something on my computer, but the situation was not funny, and let me be frank with you and state that it was not sonnets.  I wish she had found the poetry, because it's there as well, and slightly less incriminating.  From age eighteen to twenty, I read nothing but E. E. Cummings as a rule.  Well, E. E. Cummings and Dragonlance.  Which I guess explains everything.

There is a lot happening at this chronojuncture, and I'm setting it down here just as much for myself as for anyone else.

Star Wars: Empires at War has a single player demo dropping today, supposedly a Gamespot exclusive, but they've had "exclusives" before that have been channeled to every corner of the globe without complaint.  It's the first game from Petroglyph, a studio risen from the ashes of Westwood like a phoenix - look at the titles their team has worked on.  RTS is not what I would call my genre of choice, but I'm intrigued with their ground/space combat, galactic empire metagame, and their use of the expanded universe.

You might already have seen the Korean intro for "City of Hero," whose divergences I found fascinating, but you might not have read about the custom heroes created for that region of the globe.  There was a great catch over at 1up yesterday, where apparently the character creator - which I recently expressed was my game of choice -  was made available for the Korean Launch, and all it takes to make it legible to English speakers is a precision strike to your registry's fourteenth vertebra.

Heroes of Might and Magic V is gearing up for an open beta beginning this Friday, an event whose pleasure signals overwhelm this unit.  Essentially Heroes of Might and Magic plus Nival's ridiculous strategic chops and art department, it's an almost miraculous pairing.  We have a project coming up for Might and Magic, not Heroes itself, and it's not really a "project" so much as it is a savage critique of the  universe their new games take place in.  But, still.

There was an Escapist article in the most recent issue about Child's Play, which was nice of them, but the last page also mentions this year's new thing - the Penny Arcade Scholarship.  We're still trying to figure out what we can actually afford, but there you have it.  I never went to college, which my cavalier hypehanation no doubt makes plain - and Gabe did go, but mostly to the Student Union Building where I am told they had a Tekken machine.  I sometimes get people Transformers or flash memory for Christmas, things that I want, and I suppose this is the same thing.

Battlestar Galactica equals fuck yes.  When I heard that not only did Cylons look like people now, but that they had done away with Muffit - the most enduring robear symbol of our age - I directed all further inquiries to the hand.   I was wrong, wrong, a thousand times wrong.  People have been wrong about things in the past, but their folly never endured so, tainting the line of man. 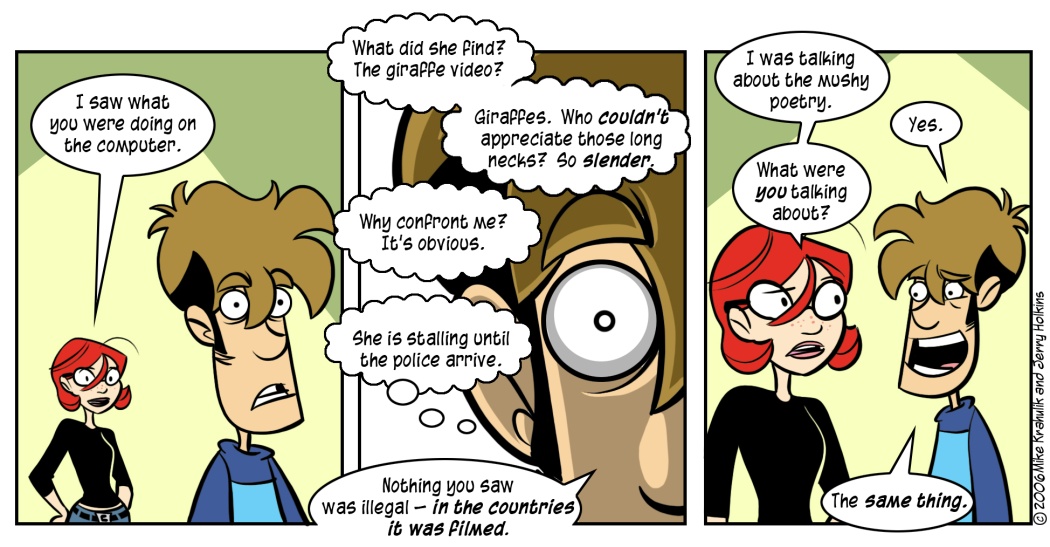