We grabbed a couple demos yesterday afternoon to see if we were missing anything, specifically Tenchu Z and Pirates of the Caribbean: At World's End, and came away with the expected comic materials. I think Tenchu Z may get explored in a more robust fashion in Monday's strip, but after the loading is complete the demo flashes up one of those screens that is completely grown over with control instructions. It wasn't even an especially bad one, and there are very, very bad ones, like the one in the demo for StarFire Saga V: Laserion. It was merely an assault on the mind, paralyzing in its way. 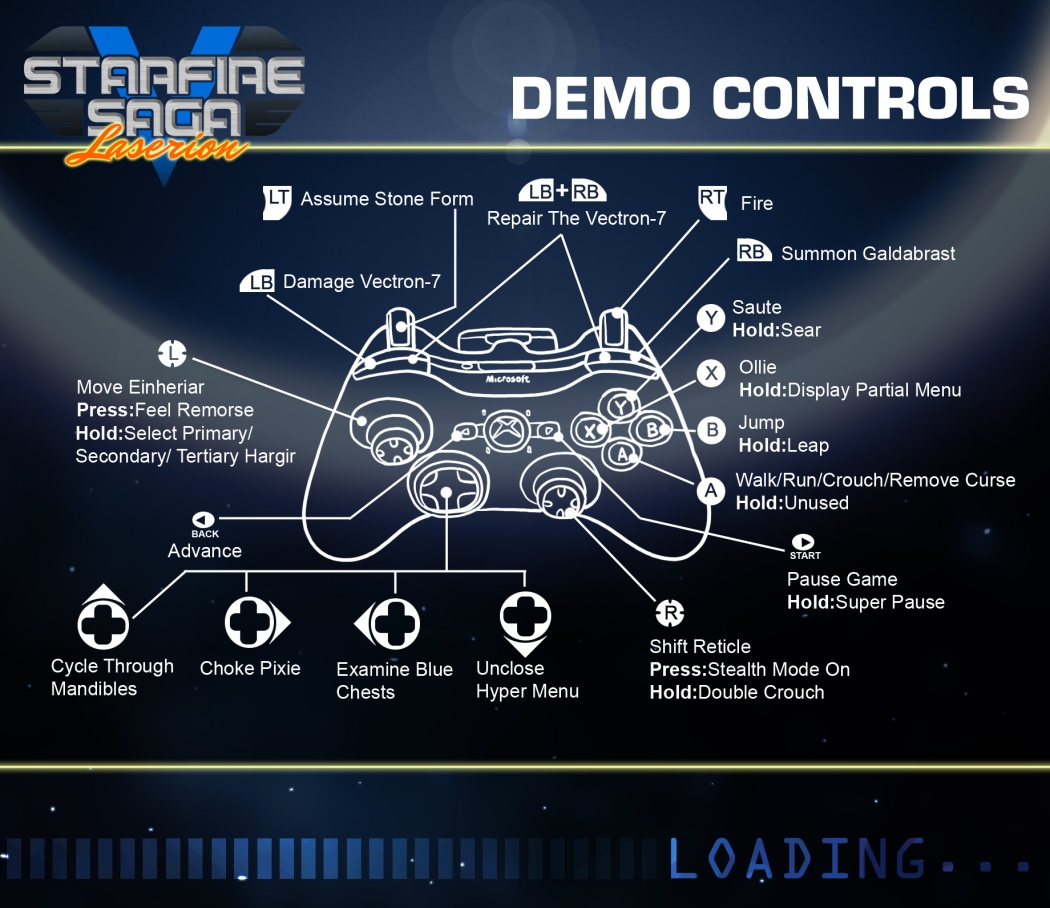 It taught us to fear.

It didn't really teach us to fear. But it didn't teach us much of anything else, either, because I'm not geared to absorb data this dense - stacked high, in the Incan style.

The other demo we checked out, At World's End, was food for thought. Tie-in games (like tie-in novels) have their dangers, and after being nipped several times recently by this class of merchandise I felt like I could miss it without penalty. Also, I haven't seen any of the movies except the first one, because as soon as I saw a monkey who was also a zombie and a pirate I knew that no sequel could topple it. Then, once reviewers had given their verdict, which was not a good verdict, I took their scores in aggregate. For some reason, it was categorized as an RPG in Marketplace and this piqued our interest. It is nothing of the kind, but who cares. I don't know that you should invest sixty dollars in the product - it's certainly not leveled at the gourmet gaming connoisseur, our palettes often craving richer fare. But the demo won't cost you anything, and you should snatch it up just for the production values.

It became clear while we were playing it that, when you execute this application, you are essentially boarding a ride. You don't get on the Matterhorn and then have it stop at the top, where a yeti quizzes you on some alpine bullshit. Then, if you're wrong, you need to go all the way back down to the bottom and get in line so you can try again. A regular person won't tolerate shit like this, but it's how videogames work. So the "easy combat" where you "press the A button over and over" is really just the player holding onto the crossbar in a roller-coaster while it navigates its preordained path. The game is not "too easy." It's a ride.

Reviewing a game like this is a waste of time. It's like assessing the nutritive value of a King Size Snickers. It's basically raw, unfettered escapism and there's no person who expects nourishment from it. I'm not sure every game warrants the gaze of the game criticism apparatus.