In my zeal to defend Hogwarts and my dear friends, and also to get up on Cho Chang, it is entirely possible that I

but if the fight against evil should require shouting or, yes, even scarving, then let it be said that "he did shout and scarf unhindered." There is a video detailing these heroics, no doubt you have seen it, taken without my knowledge and injected into the public square by a villain. I have faith that, in a fundamentally just universe, things will be set right. And, in those cases where the universe is slow to act, let my rage be the instrument.

The best interview as a result of the unveiled Rock Band coverage is probably this one, performed by 1up's Matt Leone. No matter how extreme one gets on the extreme level of Guitar Hero, no man could confuse the act with playing an actual guitar. On the other hand, if you are producing the correct notes into a microphone, there may be regrettable dance floor excesses and exhortations to contend with, but you are (in fact) singing. If you've ever played DrumMania, perhaps I should say if you have ever tried to play DrumMania, you know that it's hardly a videogame at all. Like Keyboard Mania, an "arcade game" that is, I shit you not, a piano you put tokens in, DrumMania is based on largely the same skill set used in playing the instrument. Same story with the Rock Band controller. It's not really something you can simulate. Either you have this type of control over your body, or you don't. I absolutely do not.

I apologize for bringing it up again, and I hereby declare a moratorium on Rock Band news until I have something of value to contribute, but I really feel like they're doing something important. I pushed Donkey Konga on you, too, and for the same reason: playing music together is an act that is biologically reinforced. It doesn't even have to be real music. Right now I just sound crazy, so I'm going to be quiet. In a few months, though - when you're actually playing it - you'll forgive these indiscretions retroactively.

One last thing, for those still lamenting Conifur, a bit of comfort in a cold world: 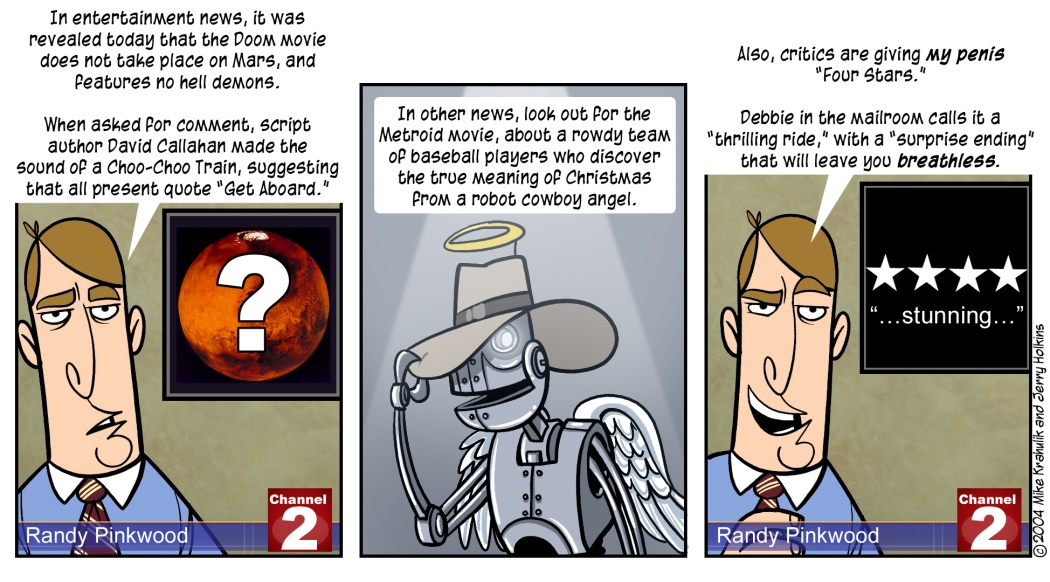