I suppose it is Halloween, a date which has historically called for scarifying content. Though it was not our intention to deliver horror, there is a horrifying subtext when you consider the unbridled power retailers have over what you can play. 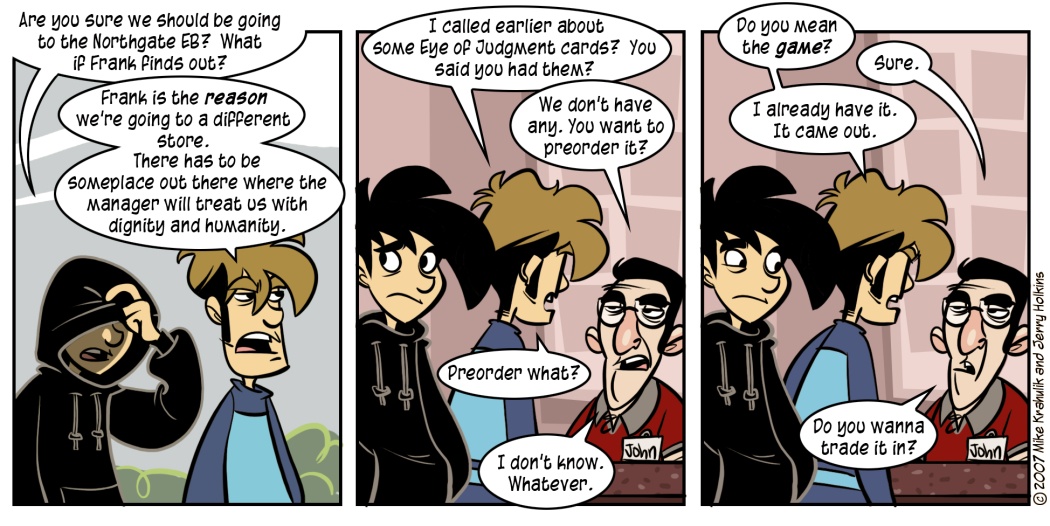 You'll recall that I went in there to pre-order Eye of Judgment, fully prepared to take my part in their strange ritual, only to be told that the game "wasn't in their system" and "had probably been cancelled." It's not surprising when you consider the issue in its totality: a very small percentage of those users are going to return that camera, and the game it comes with is tied both to it and to cards their shops aren't designed to monetize. For the purposes of their business model, the product is completely inert. It never returns to the venue to be sold multiple times over, heaping profit upon profit. It's so far outside their bailiwick that they won't even let you preorder it. On the day of release, they got one or two - and they told me never to expect more. They said they'd carry some boosters perhaps, but no starters.

Yesterday, I called again to see if they had any cards, which you will recognize as a product I would like to purchase from their fucking store. I was surprised when he told me they had boosters and starters, in a marked departure from the prior narrative. The moment I was able to leave work, I went down cash in hand to make the exchange, but no-one there had seen any product of this type come in, and the person I had spoken to (diminutive manager John, pictured in the comic) was gone for the day. They were nice enough to call him, and he related that they had received "two starters" and "six boosters," but they had "sold" in the forty-five minutes it took me to get there.

I think we may be certain that he was simply tired of talking to me, but even if he wasn't, the scenario is grim. I find it very hard to believe they're going to sell a shop six individually sealed boosters, and then two of the five decks. Let's say that it is true: if they're selling entirely out of product the moment it arrives in the store, isn't this the sort of item a retailer should stock? Yes, indeed: provided you are in the retail business. As we have described before, the retail "lure" they have in operation serves only to catalyze the ongoing, perpetual cycle, operating in a closed circuit.

It was at this point that I turned to their online service, hoping that an environment without strictly rationed shelves might be better positioned to sell products to a willing buyer. Here, I was told that they would sell me one of five starter packs completely at random. It's incredible, really. What lesson is Sony entity supposed to learn from these exchanges? They've been much more eager than either of their competitors to deliver full products via their own service, even counting the Retailer Concession Edition of Warhawk, beginning the inexorable shift to absolute platform control of content. I wouldn't sell their stupid little cards either.

don't expect him to thank or forgive you 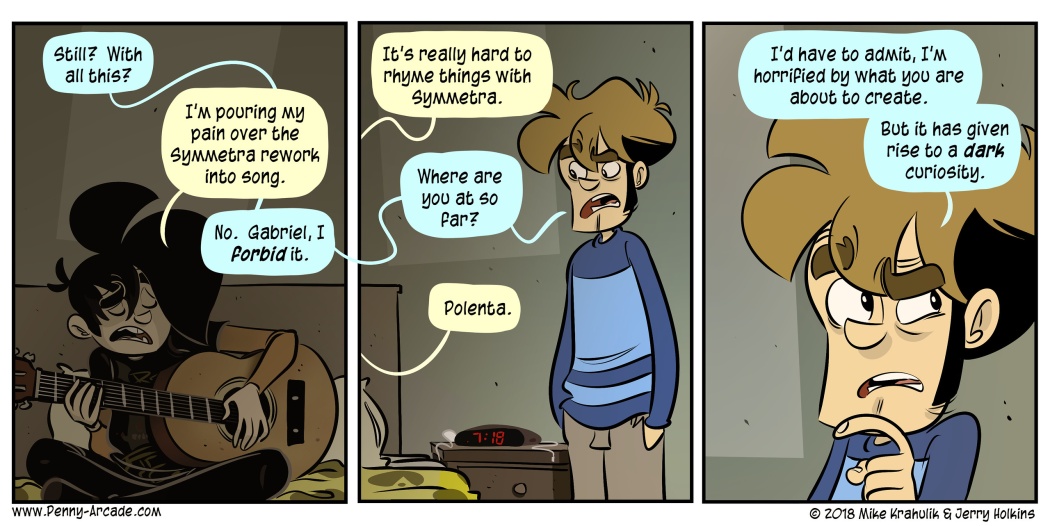