In a last ditch attempt to dissuade me from my righteous course, Gabriel tried to suggest that we would get in trouble for toasting up such unauthorized treats. Of course, the whole endeavor was designed to provoke just such an encounter: to create a situation where someone would approach us and demand that we "stop making waffles." I'm quite certain that no person has ever, in the long and shining strand of human events, had to ask this of another person. 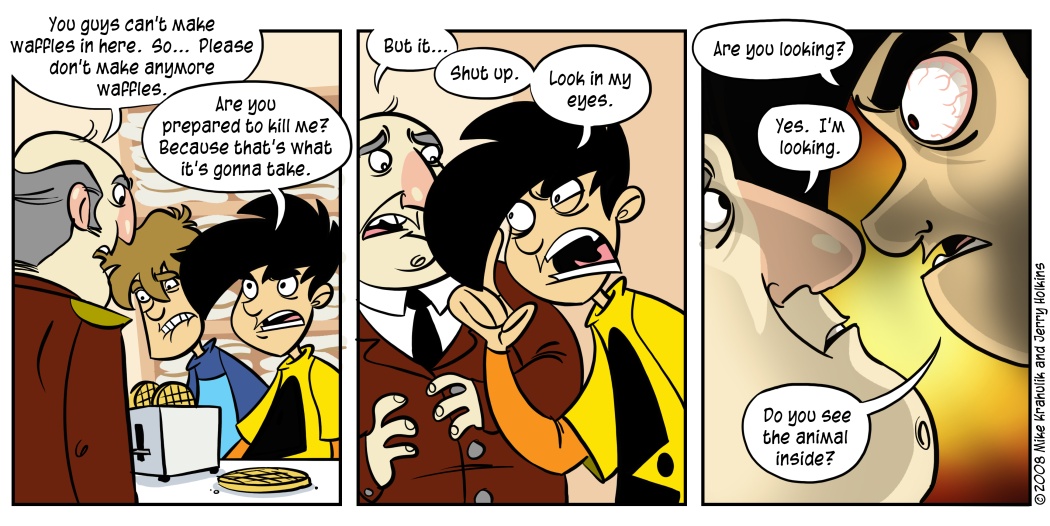 Trawling GameRankings, I was surprised to see that several review scores had already been checked in for Mario Kart Wii, all from British sources. You might wonder how I was able to discern their origin, and the process is complex, but I will attempt to reveal it: with only one exception, each source literally ends with the letters "UK." I'm assuming they mean the United Kingdom, and don't mean for me to pronounce it phonetically.

In the only case where this UK suffix is not appended, the site is Eurogamer - another name with deeply nested clues as to its geolocation. As the only non-magazine review, it's also the only one of the scores with a live link, and this link happens to culminate in a very enjoyable read. I was still a diehard PC gamer when Super Mario Kart came out, and Gabe was a Genesis man through and through, so I never had any revelatory Battle Mode experiences. I must have missed out on something pretty incredible, because even sixteen years on people are still lamenting each iteration's grave omissions.

I'm still agitated that cooperative racing was kicked to the virtual curb, but when I see an ape pop a wheelie on a dirtbike I just can't stay mad. I'm especially intrigued by the Mario Kart Channel that lives out on the Wii menu. Acting as a kind of interactive lobby system, it seems to show you the games active on the network, rankings, friends, and ghost data. That's a really cool tool, and since it's an optional install this is something I'd love to see a lot more of. Technically you could get this stuff from your PSN or XBL friends list, though the ability to act on that information varies by platform. I think it's kind of awesome that they have made shell extensions something my mom can do.