By the end of this excursion, I vow that no line will be left unpainted. Part two of our Line Painting Extravaganza (LPE) can be found here. Because these comics are being stockpiled for his vacation, I basically have them all in front of me now. If you consider the premise ridiculous, and this would be understandable, know now that we have only begun to redic. Making games is a hard, hard dollar, and I think that Precipice will probably give me my fill of the practice, but God Damn what I wouldn't do for a turn-based, strategic game of Table Tennis with Paint the Line as its thematic underpinning. 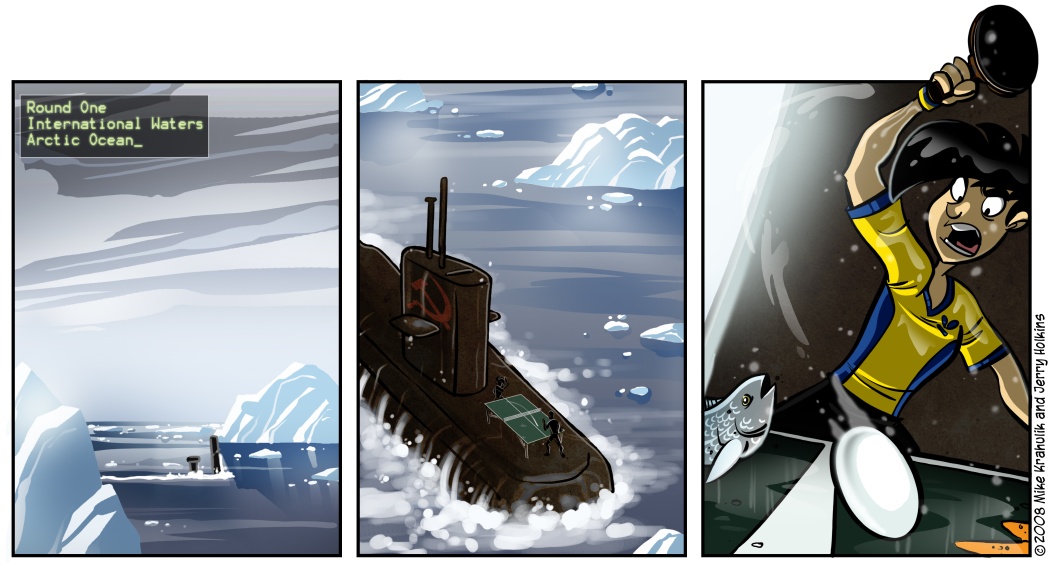 I purchased Alone in the Dark instead of Final Fantasy Tactics A2 or Bad Company, and I don't know if it was a great idea yet. At the very least, I feel like I understand more of the forces in play.

I was trying to figure out where I had heard of Eden, the company behind the new "AITD," because that name was present in my mind. They did the incredibly elaborate Test Drive Unlimited, a racing game that appeared to be sent backward in time from some future age where driving games were a fundamental component of democracy. The experience was inexplicable at times, and you had to just accept certain parts of their dialectic. I assumed these were simply the side effects of time travel.

I've only played a couple chapters of Alone in the Dark, and a sometimes profound directorial vision is apparent. I mean it: you'll see things in the first few hours here that you have never seen before, in any game. Big, big ideas. Then, you will take damage for apparently no reason, or you will die instantly. You won't know why. At first, I thought - ghosts?  But no. The game is just broken, and it's hard to know what is happening sometimes.

I really think this explains everything we have seen in the review context. The Sevens are "true," at least as true as the Threes are. It's a matter of where you take your sample - as the experience oscillates up, or down. Even in my relatively short playtime, the qualitative sensation of play shifts hard from pure nirvana to molar-grinding rage.

As we've discussed, the game incorporates an innovative means of skipping scenes you don't like. It's a feature. So how does one score a game where one can pick and choose, savoring precision bits like one would a Whitman's Sampler? It's another glimpse of the medium's future, perhaps, where some digital mom can cut the crusts from your games.