The Song continues, ringing with the moon-drunk ululations of that animal Franzibald. Inconceivably, his cult endures. What succor this gruesome spectacle must be for them, this Goddamned moth-eaten pageant. Something to occupy their mealy forebrains while they shuffle through the forest, prying grubs from stumps. 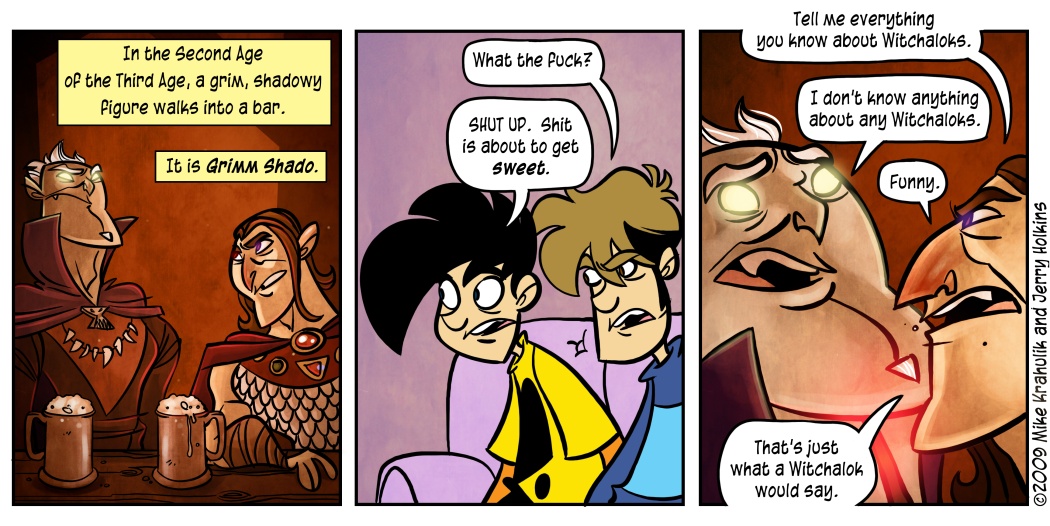 I've seen many comparisons of the offerings on PSN and XBLA, but Sony has yet to play its most interesting card: namely, leveraging its considerable stable of collectible games. That stable expanded on the 16th of this month, when Sony Online Entertainment picked up PoxNora - another collectible title that would benefit substantially from a wider audience. Their last savvy pick was Worlds Apart, now SOE Denver, which has plied their trade translating MMOs I don't play into CCGs that I actively love.

I've advocated for PoxNora before, and its smart combination of deckbuilding and tabletop-style warfare was always ambitious - but being an SOE property, I dare to hope that the game has a destiny far beyond its current Java incarnation. That's what I want for card games like Legends of Norrath, as well. We're starting to see how caustic this generation has been to niche genres, pinched between the smaller installed base and the cost to ante up this time around. These are robust games, with multiplayer, sustained by true enthusiast communities and regular expansions - in short, they're obvious maneuvers for PSN, and they're wholly owned.  The open nature of the network means that these games would start their lives with all their existing players.

I will never buy a shirt or a house for my doppelganger in Home, ever. Ever. But offering collectible games on the PSN, with slick, mostly transparent transactions would be like plunging a hypodermic needle directly into my bank account.