Wow, the response to Lookouts has been overwhelming so far. I've got people begging for Lookouts merit badges and a Lookouts patch.  I have to give a fuck ton of credit to Kiko for absolutely killing the logo. I've also had people asking for more information about the Lookouts.

The world of the Lookouts is a wild one. The majority of it is covered in a dense magical forest called the Eyrewood. Human settlements are few and far between. Learning to navigate and live alongside the forest is a necessity. Men must protect the few roads they have through the woods and as the Lookouts' creed says, "What men must know a boy must learn." Young boys in this world join the Lookouts and are taught the ways of the forest.

You can listen to the podcast and hear how we fleshed out the idea and specifically nailed down the hook for this page. While Tycho was working on the creed and the rest of the dialogue I went to work on designing the Lookouts themsleves. Here is my rough sketch for the troop. 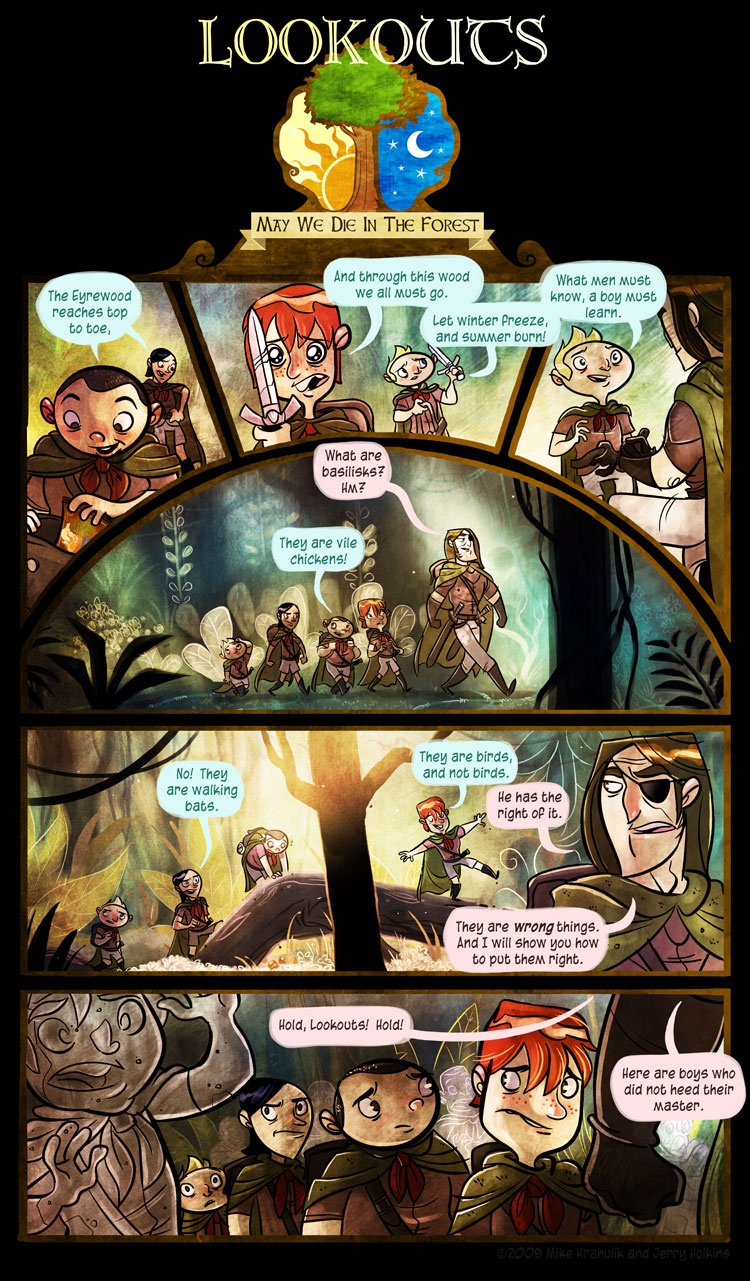 I've had a lot of requests to see the artwork at a highr res. I pulled out one of the panels here:


Thanks for all of the great comments. I'm really glad you guys seem to like the Lookouts as much as we do. I think Kiko is working on a Wallpaper of the logo. I'll post it here once he's done.