As another data point in a growing set correlated with the fact of my advanced age, "modding" once meant creating your own game. Now modding almost invariably means actively ruining games for other people, which was once called griefing. See? Old. 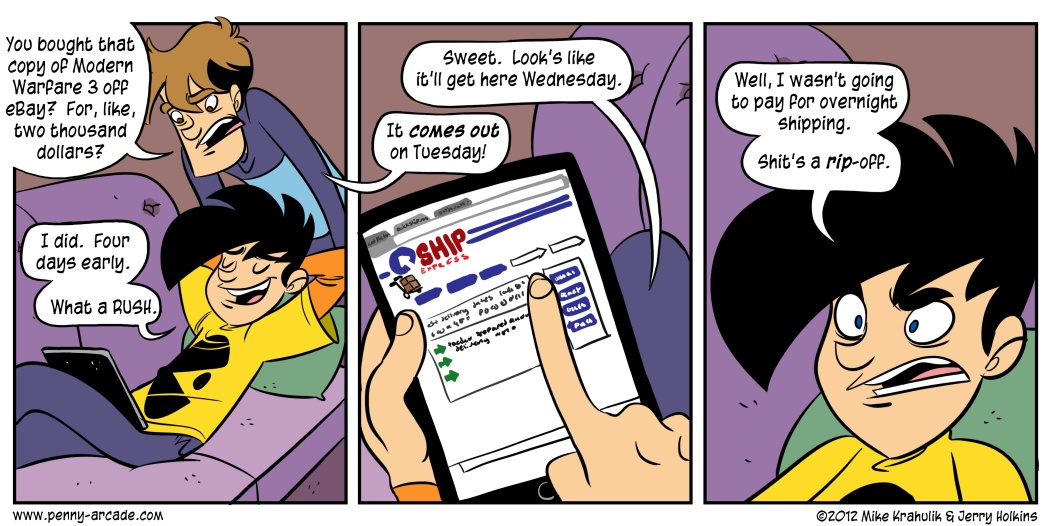 I never played any multiplayer on Black Ops aside from Zombies, so vile was the aftertaste of the previous installment. You can't "enforce" play; we've tried at various junctures to set up something like a "date night" where we all get together online, but such endeavors always disintegrate. The last time it happened in an organic way, sustained by its own power, was with Modern Warfare 2 - and weeks of "modding" scoured it all away. The vastness of the game's playerbase means that the "market" for hacks is colossal.

Not everyone has those negative associations; some people want that shit right away. They want it in their belly (old!) and they'll pay any price.

I felt confident in my ability to resist the onslaught before watching videos about new modes like Kill Confirmed and the capacity to keep your favorite weapons competitive. I don't know, that looks pretty fun. I'm gonna give it two weeks, see if people are using the Javelin as a melee weapon or transforming into perpetually burning djinn. I will determine if the game can be played in some form, or is merely a petri dish to cultivate man's basest instincts.

I've suggested before that my primary metric for a portable game is how many times I run the battery down playing it, something that has happened very rarely on the 3DS, which is kind of sad actually because its battery life is comparatively small change. I'll play something, regret the lost time, regret the lost money, and then regret purchasing the system as a kind of container for the aggregated remorse. To compare, Super Mario Land 3D's hunger for batteries is eternal; it's like the Sinistar of batteries. I play these batteries down to the nub; I don't even notice the blinking red light. It's like that. The charger is right there, it would take a fraction of a second to plug it in. I only know the battery has run out when both screens go dark.

if that's an issue