Most enthusiast gamers "get" Angry Birds almost immediately, and move on. For those outside our order - that is to say, the vast majority of bipedal sentients - the ubiquitous Angry Birds is one of the first opportunities to understand what their children are always on about re: vijamagames. It's ridiculously easy to get and subsequently play, made so by the fact that even my grandparents carry around portable touchscreen computers with perpetual access to the dataverse. This is something even a life ass-deep in science fiction did not prepare me for. 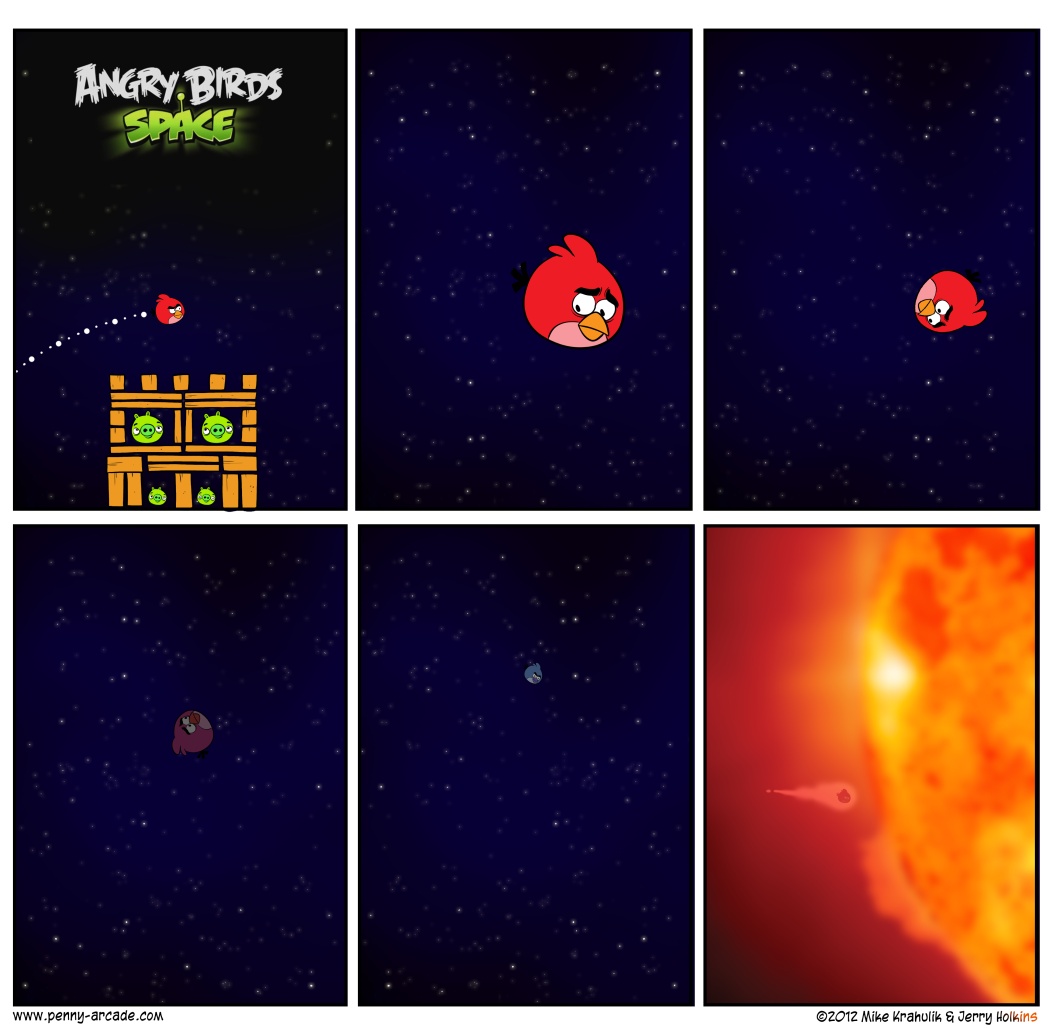 These games also introduce these neophytes to the concept of downloadable content, free and paid, which only feeds the demon furnace of their addiction. They don't know they're on something "soft," they aren't aware that they're at the bottom of the roller coaster. They're just doing something fun, at a chronojuncture where "something fun" often has a digital component.

It was weird! Playing videogames used to be weird. There was a point where spending your time in this way had strictly Morlock connotations. My mom used to worry about what she called my "spirit man," my spirit man, simply because I kept my curtains closed for weeks at a time in an effort to maintain proper monitor contrast! Maybe it was more the isolation and esoteric knowledge requirements of early gaming that brought with them the attendant subterranean cache, as opposed to the strict form. And now, with a game on a phone, you could conceivably play it anywhere. You aren't limited exclusively to the bulbous cap of some deep mushroom.

Rovio announced Angry Birds Space, which seems like a strange place to host their customary revels, because inertia. But they're the ones who have the Earth lodged in their jagged beak, and I'm the one whose job it is to talk about what they do. So, maybe they win this round.

I'll be gone on Wednesday, and we wrote the strip ahead, but I've got a guest to take care of you post-wise. See you Friday. Or earlier, if you will be at Disneyland also.

don't you waste no time