This was a goofy joke when we wrote it at eleven or so yesterday morning, though it became less hilarious as the day progressed. During "normal hours," the failure of Blizzard to recall that Diablo is a popular game was a boon: I have my own shit to write. But later, when I began to prowl for leisure activities, and it occurred to me that I might utilize the sixty dollars of congealed entertainment I had recently purchased, I was not able to. And then I was, and then I wasn't, and then no wait it's still okay now it's back. Requiring that players be online is one thing - but we are! We're online right now! They're the ones who aren't online. Who watches the watchmen?!?! 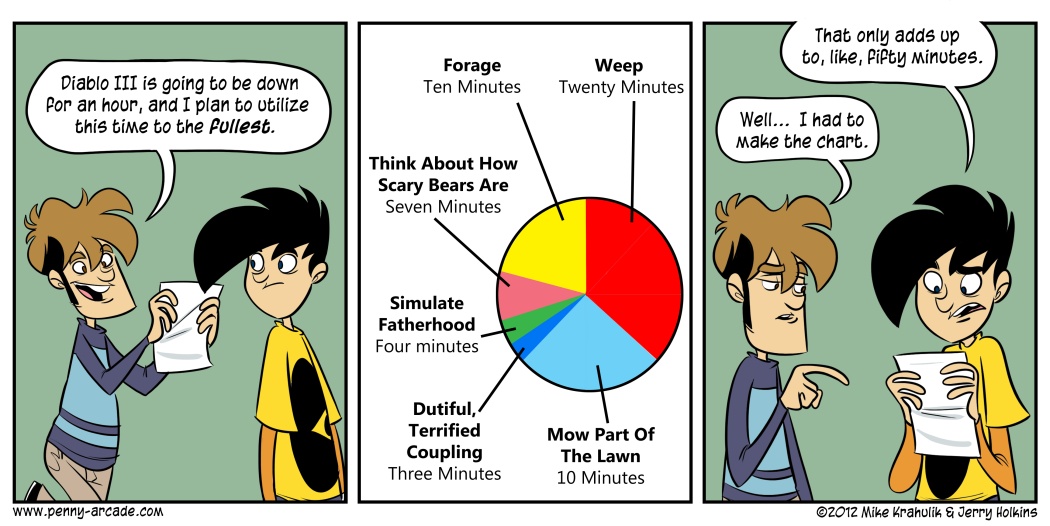 Reading around, it's clear that one needs to phrase their dissatisfaction in these matters in a very specific way. This is one of the stranger new Universals, by which I mean things All Right-Thinking People Believe; things like China Miéville Is An Enjoyable Read. Before you can say that you're unhappy about something you bought not working, you have to make the parenthetical case that you're above the whole fray, and it can work or not work, it's all so droll; you can't imply that any of it matters because that would mean you weren't concerned with matters of global import.

I should take care not attend the same potlucks as these people. The kind of family I have would eat them; I think that they would actually cook them and eat them, because these people have not done enough to distinguish themselves from food.

We need to think for a second about the extent to which this supposedly carefree fucking dialectic enables these precise abuses. No, actually; it is not okay that the definitive Game Developer can't make their shit work. Is it as bad as the Foreclosure Crisis? I don't know, probably not; but nobody is talking about that. There isn't a list of things that we have to worry about in order. We can decide on a case by case basis whether or not something is bullshit, and then we can feel some way about it, and we don't need to wait for a transmission from central command to know if we've paid in enough psychic penance to enjoy something.

only you can hear 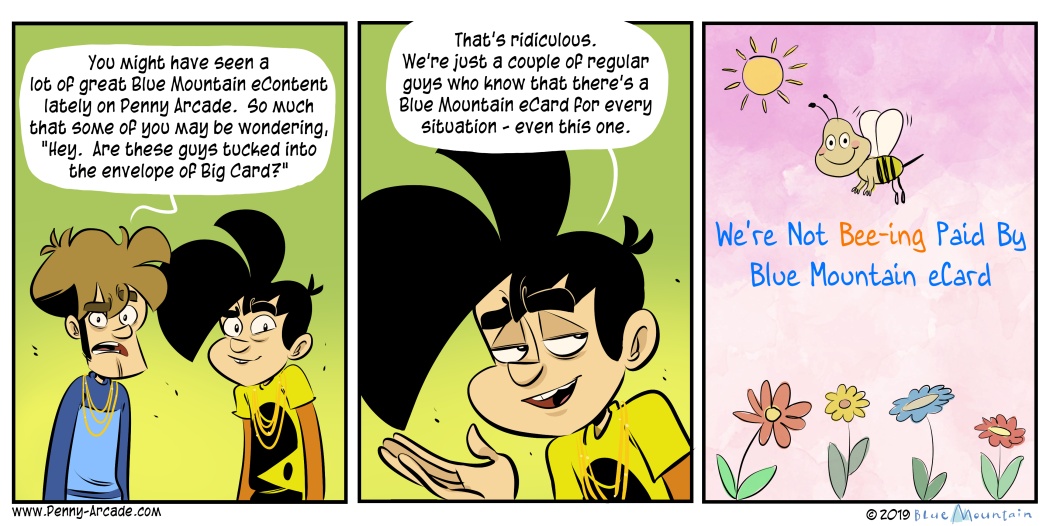