We have just one week remaining on our Kickstarter and its been quite the experiment. We’ve raised nearly half a million dollars which is outstanding. Obviously the idea of an add free Penny Arcade appeals to some of you. I think we really underestimated how many of you actually like our ads though. I’d say the number one piece of feedback I got about the Kickstarter was “I love the ads, don’t get rid of them!”

I have to admit that was unexpected.

It’s true that we work very hard to make our advertising as humane as possible. we don’t allow pop up style ads or full site takeovers. We ask for early copies or walk throughs of games before we allow advertising. We try and make sure that anything you see in those slots is worth clicking on. And you do click on them! Our “click through” rates continue to be miles beyond other sites. The truth is that our ad model works incredibly well. So why would we want to get rid of it?

Well there are a couple of reasons. Right now, for advertising to work we need pageviews. We get something like 50 million a month which is great but the web is changing and pageviews aren’t always going to work. People want to share comics on sites like tumblebook and faceshare. They want to live tweet our comics to their stream audience and wall post them on forum journals. All this social media stuff is awesome but it’s changing the way people use the web. If we didn’t need people to come to penny-arcade.com we could ship the comic to you in an RSS. We could put the entire archive in a free mobile app. We could do all kinds of stuff and that’s really the core idea behind the Kickstarter. We make about a 156 Penny Arcade comics a year, what if instead of advertisers paying us to make them, our fans did?

The more we thought about it the more chain reactions occurred to us. Penny Arcade Presents is a large part of our advertising model. If I Tycho and I stopped creating work for publishers we could spend that time on our own projects. Drawing Assassins Creed is a fucking honor but I’d also love to devote that time to Lookouts. Instead of eight pages of game X how about eight pages of Automata? The more we thought about a year of Penny Arcade funded by the audience the more excited we got.

Penny Arcade isn’t just Tycho and I anymore though. Our advertising model brings in well over 1.4 million dollars a year for us. Would it even be possible to replace that with crowdfunding? Is an add free Penny Arcade something that people actually want? There’s no better way to find out than to ask. So we launched the Kickstarter and asked the crowd if this is something they would like to fund. With only a week left we’ve raised enough to remove the top ad from the front page and we’ve gotten pretty close to all ads off the front page. We honestly had no idea how this Kickstarter would be received. Nearly half a million dollars tells me that there is at least some interest in the idea but probably not enough to actually replace our advertising model. Is there another solution for what we want to do? Probably, but this was our first shot at it. We’ll take everything we learned here and all the awesome feedback we got and put it towards whatever comes next. Thanks to everyone who pledged or who just took the time to tell us what they thought about the Kickstarter. We've still got a week to go and think we could it a couple more goals.

It’s worth mentioning that Robert came into the office the other day and laid out his plan for how I’m going to yell like 7000 names while chasing a duck. It involves the camera crew. I’m pretty sure I’ll be arrested. 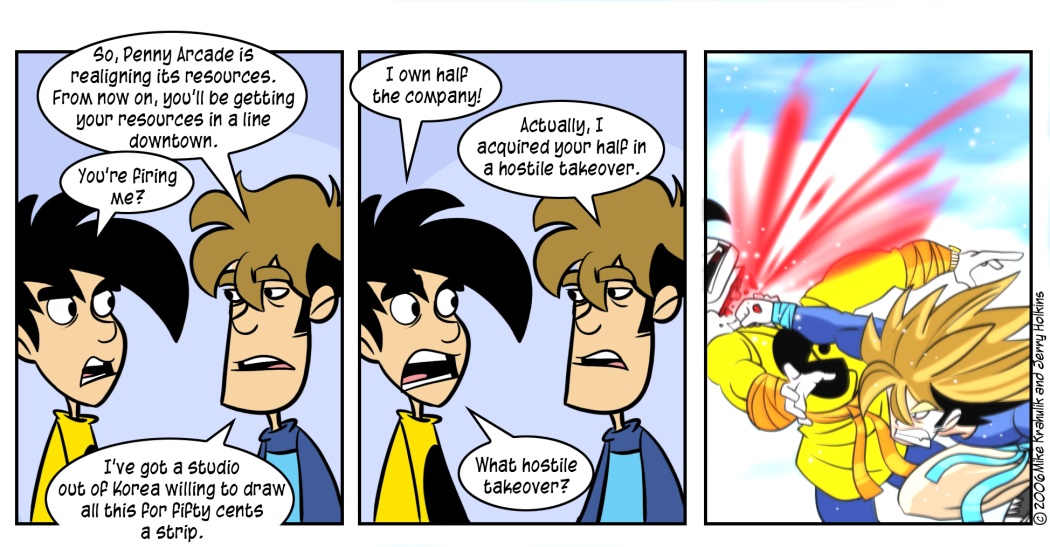