Because of the way our kind experiences time, doing what you want to when you want to can be a complex undertaking. For example, I am writing a newspost right now when what's really needed is for me to play Bioshock Infinite for a super long time. 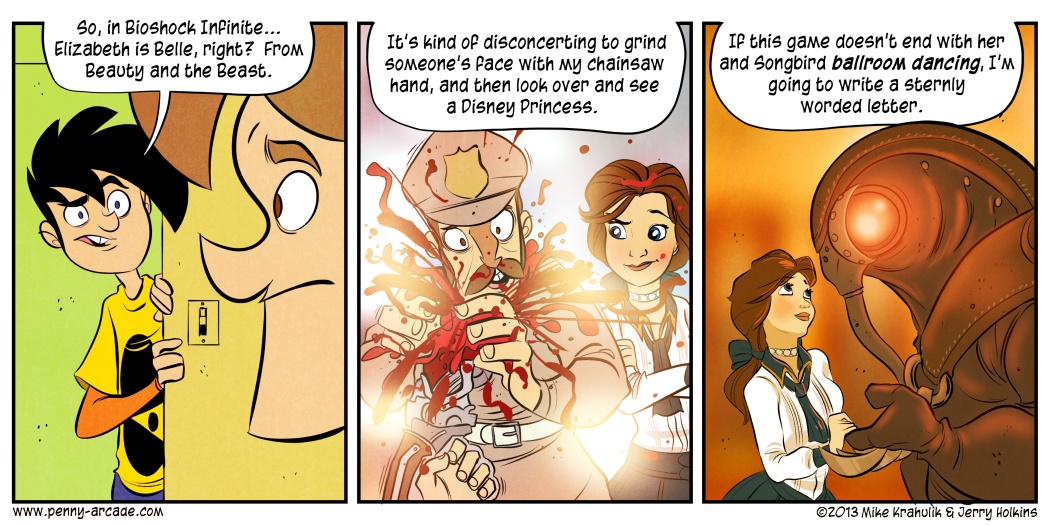 Until I'm through the whole thing, I don't know which of my thoughts are even relevant. I feel confident that there is something incredibly fucked up with this town, though. For some reason, being up in the sky is the least weird thing about this place. And also, Belle is there...?

Design-wise, certainly. But I think there's a strong case to be made for Rapunzel also, and if you've played the game at all you'd know why I might think so. This is a fairy-tale. I think the world is amazing, and she is amazing, but as an organism she doesn't look like she's made of the same genetic material as everyone else. This could be literally true; I don't know. It would explain a lot about how her body is.

The go-to source for Bioshock Infinite curmudgeonry has generally been John Teti's Gameological Society review, "The Gilded Cage," where he more or less posits that Infinite is a remake. If so, it's the most high concept execution of the practice yet - there might be a clue in the name itself. I like reading things from people I don't agree with, and I do not agree with this man. The funniest part is that the point I disagree with him on the most isn't even about the new game - it's about the old one. Casting his attention backward, he describes Bioshock as a game which interrogates "the philosophy of Ayn Rand by putting an objectivist tyrant at the heart of an underwater dystopia."

The time for discussing BioShock is long past; even so, you can't call Andrew Ryan a "tyrant" in any way that makes sense. To do so communicates a profundity of information about the person making the assertion, just as my suggestion that it is not so reveals a profundity of information about me. But I feel like I can see every grotesquerie of his philosophy flopped out on the slab. The man comes apart like a brisket under the teeth of a fork; there is literally no man left. He melts absolutely away. That is the intensity of my disagreement.

I have to commend Irrational Games for that, I really do: for making something I still feel strongly enough about that I can feel it in the bones of my face. 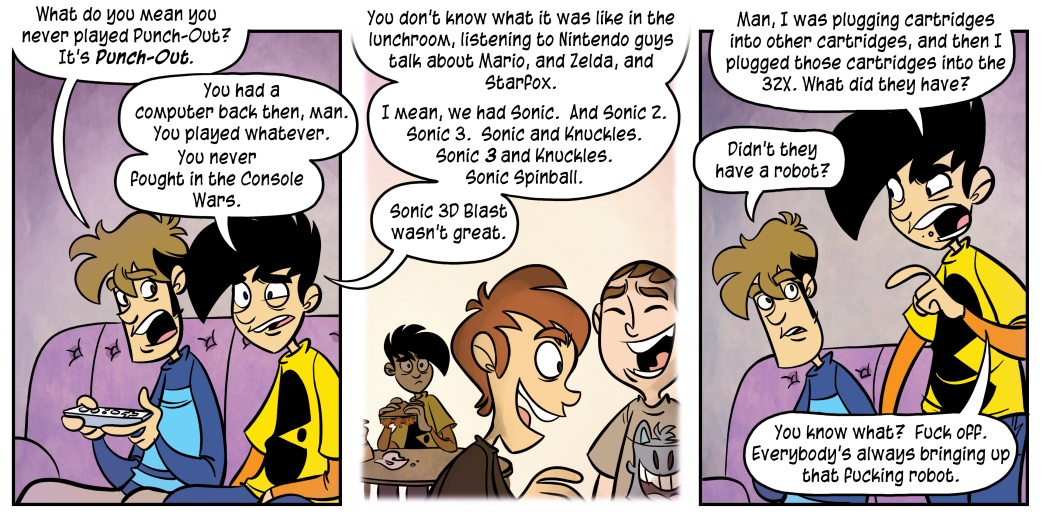