Grabiel and Kiko (who I haven't actually called Kiko since 2003, opting for either , Kikkorzord, Kierkogaard, Korkenwold, or Krizz Kaliko) are basically going non-stop on this Console Wars thing. They are careful not to give each other "spoilers," which seems odd, but there you have it. Some people don't like how it is a narrative account, that people have been made into "characters" that have "dialogue" or whatever, as opposed to something more clinical; who knows. The Historical Account version of the book probably doesn't get picked up by Sony for a movie as quick as it did. 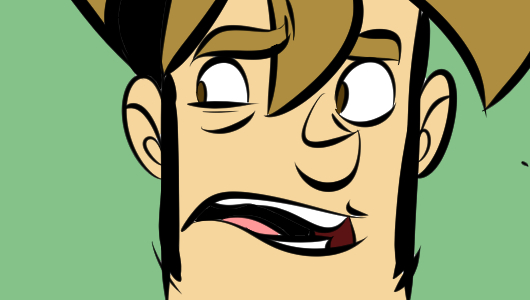 I can remember how it was in real time, though, because I knew Gabriel then. Of course, his handle was Peach then; but he repped Sega hard. Sometimes that stuff was cool, and there were RPGs I couldn't play because they were on consoles, but those games didn't compare well to the shit is was doing on my Amiga. Plus, I could get games on Euromag coverdiscs, or the modem. Oh! Yes. My "game machine" could also access international networks. For the most part the "console wars" were like watching two crows fighting over a dead cat. I didn't catch up with a lot of stuff until much later - Link to the Past, let's say. I went back and did it, because the game was a piece of plastic I put into a larger piece of plastic that had a hole in it. Going the other way - catching up with classics on computers - was substantially more onerous. These days, you're probably best off just waiting for the inevitable Kickstarter resurrection.

I have to tell you that my current policy is to not talk about Wildstar. It'd be accurate to say that it's the only game I'm playing, short of "The Ghost Game" with Ronia or watching Elliot make something I can't fucking comprehend in Minecraft. I don't know why I have this policy, when my job is to talk about the games I'm playing. One never wants to be That Guy, I suppose; I like having a variety of things to discuss. But I haven't felt like this in a long time, especially about an entry in this genre. And I can't be the only one.