Last call: come see us at Booth 1334 if you're headed to SDCC. If you aren't, or… if you are Croatian, I apologize. That information doesn't really help you at all. I hope everything is cool in, like... Zagreb. 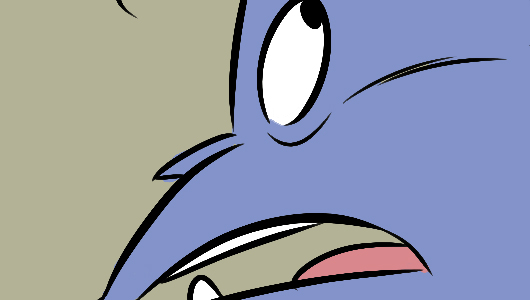 The one thing about San Diego Comic Con I always forget the rest of the year is how cold it is in there. The show I attend and the show an attendee attends aren't the same one: I arrive and situate myself for maximum availability. I don't absorb popular culture. I assume my coordinate, and then if I am lucky people tell me about the things that are happening at the show I am supposedly at. The show-shard I am reflected in is the Frosthome shard, where stern dwarves craft a convention out of nothing in arctic conditions, kept so cold because they want it to reach some kind of habitable equilibrium when the same hall fills with respiring humanity. When we stocked hoodies at the booth, we would wear as many as we needed to to tauntaun up until such time as we needed to start peeling them off. This year, we've kept warm by pissing on each other in shifts.

There might be things I know about the show that you don't, I guess; I fantasize all year about the Taco Trucks that typically roll up to the back of the center in order to feed everyone building the show. I didn't know what a Torta was before I saw these trucks. It's not a Pokemon, which is honestly surprising. It isn't, though - I checked. A torta (at least, a Torta as rendered by these trucks) is basically the sandwich other, lesser sandwiches want to be when they grow up. One of the toppings appeared to be another entire sandwich. I couldn't figure out how to eat it in a non-boar sort of way, but nobody back there seemed to give a shit.

Scott Kurtz is a perpetual font of advice and wisdom, the ur-Uncle and Knower of Things, so he helped us out with The Talk in his Skull the Troll guise. It probably doesn't bear going over, so renowned is he, but he does PvP Online and Table Titans (the latter of which I am pleased to have helped with, on occasion). He is also Binwin Bronzebottom, a founding member of Acquisitions Incorporated, a Dungeons & Dragons campaign styled as live theater, which works far better than you would think or I could possibly imagine.

Thanks, Scott. For this, and for everything else.