Earlier iterations of ourselves spent a lot of time worrying about this or that webcomic or the scenesterism which was (and perhaps continues to be) whatever the fuck it is. This sort of thing always made Robert exceedingly angry. "I don't care about that," he would say. "That's not where it's going." He said that if we ever felt like worrying about something that was actually substantial, just for a change of pace, we could worry about Rooster Teeth. He said this like ten years ago, and if you are looking at the actual world, Robert probably had it right. 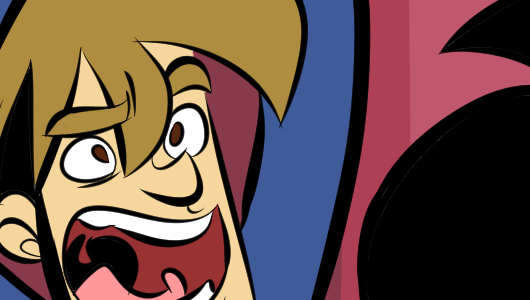 When we were told that The Internet, proper noun, was going to revolutionize media it was easy to see how that might be. It took a physical process and, functionally speaking, turned it into what might as well be a mystical one. We invented the oracle. So when fleet little carnivores came in to roost in the old flesh, I sorta thought, well, there you go. Revolution over.

Except they were only comparatively fleet. Communication is getting progressively more mammalian with each round, and this one is down virtually to the individual. There's a kid on my block who came to PAX, and she was despondent that she'd come on a day when CaptainSparklez was not there. I nodded, but I don't actually know who that is. She literally had to tell me about the Z at the end, just to give you an index of my profound irrelevance. There were a ton of incredibly high profile "YouTubers" at PAX and I didn't know them from Adam. This is where people are investing their trust, now.

Reddit is part of that atomization, also. People often ask me what news sites I read, and implicit in this is the idea that they're looking to shift an allegiance. But I don't read sites out of allegiance, and it barely matters what they have written - and not just because most of it is insulting or aggressively stupid. It doesn't matter because I just strip it off the wing bone in one quick pull. I need a button for my jacket that says "I'm Only Here For The Organic Compounds." I process their text like a Perl script, shucking nonsense, and then I make pixel sculptures out of them with my best friend. My needs may be different.

Much of the content on "the big news sites" is simply reposts from Reddit, encased in their acrid saliva. Once you realize this, you can't really read them in the same way.