Between Didney Infinty and Skylanders:Trap Team, I feel like I'm watching a friend who was once able to handle his high beginning to take a longer and longer time in the bathroom at parties. Inexplicably long. So long that you might begin to think that the bathroom was incidental to his purpose. 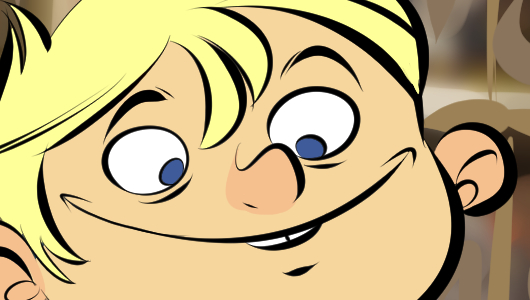 He's not going to come in one of these days, and those days will become a week, and I'm going to push his front door open the rest of the way and find him buried in figurines like a consumer pharaoh.

We're starting to get to it, now; the part where the games I want hold court. I laugh a little bit when I try to think about Gabriel playing the new Legend of Grimrock, which I understand is called Legend of Grimrock Roman Numeral Two. It's possible he would enjoy it, sometimes his pain tolerance surprises even him, but it's evoking an era when technical limitations of various kinds defined slash inspired interesting gameplay. Its staccato dungoneering is a paean to Gods he never knew.

I tried to get him into Endless Legend, and I think he actually wants to, but he has a (perhaps legitimate) fear that he can only fit one game of this 4X mold in his head at a time. Right now, he can go back to Civilization 5 anytime he wants to and wind up his mind toward that purpose. And I worked for years to get him on that shit, so I won't mess with him too much. Maybe he'll have better luck with Sid Meier's Super Long Game Name.

If he'd already played Endless Space at length, as he should have, much of that machinery could be repurposed. That's how it worked for me. If you are currently windmilling without purchase on the game as you fall into an infinite dark, let me say this: it has a baroque approach, but once you discover its basic contours it will be a home to you. It's not like other games - except ES, as suggested - but it's not trying to trick you. There's some minor overlaps with Dungeon of the Endless, which is a prequel to Endless Legend that is, uh, set in another genre…? The developer is French.

Endless Legend was in Early Access long enough to become a Real Boy, and what a strapping lad he is. I find Endless Legend so exciting that I have closed it because I was too tantalized. It is a tantalantula; I literally leave the game to escape the stimulation. Take a look at these factions; they're so… whole, that they remind me of the just-alien-enough cultures from Star Control. These dudes worship a big ladyface, and can only found one city. These fuckers are armored ghosts; they eat the game's most prized resource. These masters of commerce can move their towns. There's other stuff, too, but I don't want to tell you all of it. The game is oblique to a lot of established thinking, and it's got me trapped.