When the DLC came out for Destiny, something about it being Dark, Grob-Grob willingly fed himself back into the machine. Imagine my surprise when I open up a mail from him yesterday morning and it contains - steady yourselves, friends - a bundle of fan-fiction. 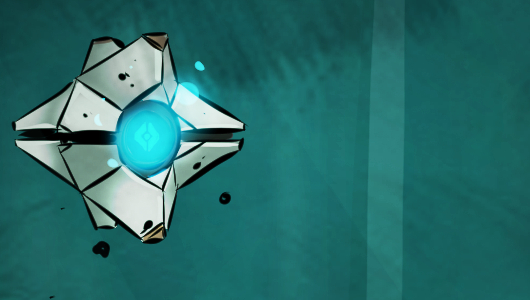 These are vital junctures, and they need to be played correctly. When he started his D&D phase, I could have tried manning the gate and making sure I established a pecking order - that's the urge we make fun of in the many D&D strips we've done. I could have made it like one of those Japanese Game Shows™ where I create some impossible shape for him to fit through and then laugh when he is unable to do so. No. I prefer to create subtle channels for others, like the Ariloulaleelay, and then occupy the shared space. It's like parthenogenesis, or something. That's how I reproduce.

Fan Fiction gets a bad rap, but we live in the age of fan fiction; devotees of weird works like J. J. Abrams or Joss Whedon simply have access to the Intellectual Property they're playing with. The infectious energy that animates this sprawling, apex form of culture is fundamentally that of the fan. Occasionally, in what must be considered the Scam King of Fraud Mountain, we occasionally trick people into paying us to make fan fiction. And he's done sketches before, certainly. But a little story? Brave to write it, all by itself, and then brave to show it. It is like opening your ribcage, and letting someone see the little bird you have inside. What if they don't love the bird? It's not like you can change it. I mean… That's your bird.

I originally suggested that we do a strip about being shown these "materials," and then actually do the strip, but the case he made - and I liked this case - was that he had just written it, he was cranked up on it, and if he didn't do it now it might never happen. So I helped him polish it up a bit, just little stuff, light suggestions like choosing between the word equivalent of Dijon or Whole-Grain mustard. And then he stayed at work while I grabbed him a sandwich for lunch, and then when I left he stayed several more hours essentially in the dark toiling like a Benedictine until he sent me this. But he was really sending it to you.