You used to have to be a real fucking nerd to be festooned in the kind of dorkery you see all over the place now. It wasn't that long ago that having an iPod was some kind of status marker, the headphones their distinctive shade of "Rob Me" white, and now I would probably say that such devices were - if not outright garbage - certainly approaching proto-filth status. If I saw a person with an iPod in one hand, I would assume sight unseen that they had some kind of obsidian hatchet in the other. 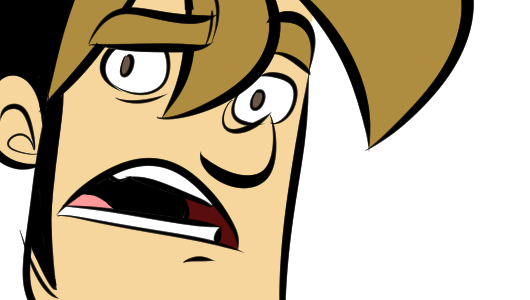 I would look around for their time machine.

Most of the newer tech is much better than the tech we proved out for our respective societies, a fact which must certainly be correlated with greater adoption; this is nice, because we're perpetually being asked to act as cyber-shaman for their unruly ifrits. A lot of times, now, if they don't work it's just because they're broken. So I seem to fail more often, somehow.

Brenna's family must've thought that they'd struck gold when I got rolled in over there; as a service technician, not merely a nerd but a professional nerd, they must certainly have wrung their little goblin hands with delight. You gotta tamp this kind of thing down.

The rule I institute is that you can't bring it to me until you tried to fix it yourself. It doesn't really matter how. We made these creatures to serve us; the learned helplessness that surrounds their use is much, much worse than not being able to print for fifteen or so minutes. Especially these days, they can't break these things worse than you or I could fix them. I don't know how you would tailor the classic give a man a fish/teach a man to fish dichotomy here, other than to say that if they can figure out how to access Netflix on their own they'll probably leave you alone for awhile. My mom has it on lock, now. She flashed something the other day, people. She flashed the shit out of it.

The one person I had a no questions asked policy for was Brenna's late grandfather, which began as a strategic calculation and ended with a kind of devotion on my part. I made it a rule to get to his house faster than anyone else he could call. Have you ever driven in sleet? I ask because it I did once, when he called late. It started okay, by which I mean to say that I could see the world in front of my car, and then with one wipe of the blades the entire windshield went gray. He lived a little bit up a hill, which had become a kind of Ice Mountain that would have been hard to drive on even if I'd had a fully transparent pane of glass to look through. I managed to park near enough to the driveway that a reasonable person would assume that was my intended destination. I would describe my trajectory as "success adjacent."

"You have any trouble getting here?" he said.