What was Black Tusk and is now The Coalition has a mandate to return Gears of War to its horror roots, which I'm okay with; something was definitely lost there. Horror games have a tendency to become Action Games once numbers start getting bolted to the end of the title. Part of the reason is that horror is a niche. Horror is also hard. It may even be at conceptual variance with the core interaction of a shooter, which tends to coalesce around shooting. They're also hard to write. Lots of reasons to focus on the gun and not the person holding it. Totally get it. Still. 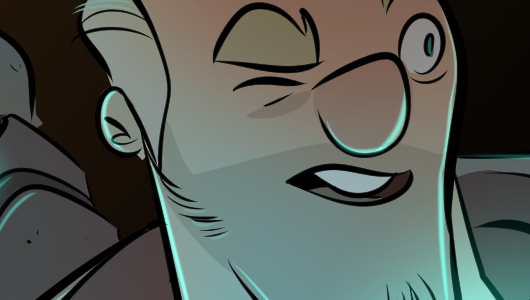 The demo of Gears of War 4 was, in my opinion, the only off note in the Microsoft press thing. That's not an indicator of a bad product or anything like that, there's no way to know. I'm saying that was a bad part to show and the whole thing just needs to bake. Gears is, like Warmachine or Doctor Who, one of my things. This means that I extend it some sympathy, because it does something uncommon, something I can't get elsewhere. Even then, with an optimal audience, I couldn't find much to hold onto.

I'm grabbing the Beta for the Remaster though, believe it. My code for the beta arrived while I was typing the previous paragraph, so… I had to put it in. Actually, that was the second of two codes; the first let me have a game I couldn't play, and the second authorized me to play a game I might not even have installed. They are like the two keys you might turn to annihilate a distant nation.

This game is something I do with Kiko. I've talked before about how he and I are forward scouts for our group, it's been like that since before Frontline Force, but Gears is an example where he and I found a fertile land and then nobody wanted to follow us there. There's a body horror aspect to multiplayer especially that just isn't for everybody. It trades in a weird Mortification, on many axes, and I'm so driven to avoid being shredded or whatever that it grants me something like basic shooter competence. It's incredibly novel.

We were made to suffer for our affections. Gears 2 would often make you wait ten or fifteen minutes before matching you. Eventually they added Wingman, which was a game played with multiple teams of two, so it suddenly became okay that we were the only ones from our crew playing. Only getting two-pieced by someone you perceived to have Host Advantage remained as a source of negative vibrations, and we have lived long enough to see this melt away.