Clash Royale, a game from the Clash of Clans people, is really good even though I wanted it to be dumb so I could do something else. There's a lot to see out there right now. Like, a lot. Some of it is inside magic cyber glasses. But it's not dumb, it's a really smart active tower defence kinda thing and it's buffed to a gleam. It's way easy to beat your son, too, if you are deeply immoral. 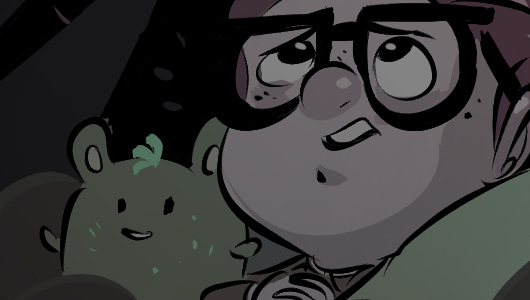 You might find this distinction interesting, I certainly did, and I was surprised to learn it: Gabriel doesn't really limit "screen time" at his house, but he also doesn't allow purchases of premium currency. I'm exactly the opposite. If Elliot wants to get his allowance in the form of currency only accepted in an imaginary land, you know, that's his choice. I usually suggest a couple other meatspace things that can be secured for the same price, it invariably fails, and I let it fly - but limiting the time he plays practically necessitates some other method of time compression, which is what the currencies do. But then, these games are simply traps anyway, and any time with them ultimately results in you standing before an obsidian gate that has eyes and a mouth for some reason and it's pretty clear that it only eats money.

So, as the first generation that has the opportunity to play videogames more or less their entire lives, I wonder if it's something I'll even want to do sometimes. It hasn't happened yet, but there has to be a point where on some level I'm just gonna See The Matrix on most games. They won't be able to compel or cajole or manipulate me into doing what they want, even if it's simply to siphon some of my dwindling life force. Then I saw Chronicle: Runescape Legends, dancing naked at the intersection of every modern trend, which slabjacked my confidence in the fecundity of the form.

I want you to play it, so I'm just going to bait the hook. It's common in boardgames now, especially the "adventure card game" thing, to build an "adventure deck" that guides play against the system. It's how you generate a scenario in experiences of that type and I've built a lot of them; if you are a parent, The Siblings Trouble uses one also to marvelous effect. It's the engine that enables multiplayer, cooperative play.

Okay, okay - okay. But get this. Picture a typical competitive, multiplayer card battler. Except instead of a deck which is synonymous with your character, as happens, or one which is made up of the equipment or resources you possess, which also happens, imagine that the deck you have built is a personal adventure you have made, and when you draw cards, you are committing those cards in a specific order each round. Some cards are making things harder for my opponent. Some are hurting me now for gain later. Maybe I set it up so I fight a couple monsters first so later in the adventure path I've played, I have the gold to activate some better cards. As I watched it unfold, I felt the cathedral of its genius being constructed around me.