I did my best, people. I did my best! I don't develop things, really; not games, in any case. I develop film occasionally. But even with my rudimentary knowledge of the form, I can establish with clarity that city simulation is not a talent housed primarily in the neck. 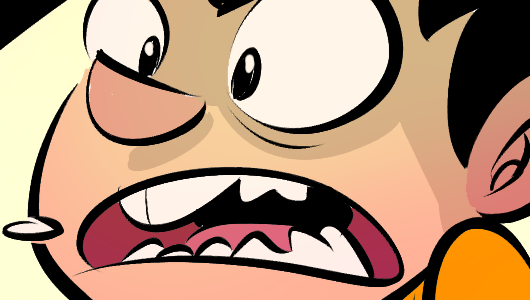 So, even after it was established as a known quantity by something like 92.5% of the surveyed participants that the Warcraft movie was not maybe, you know, a recreational activity in the broadest sense, somehow - some fucking how - a bunch of us reactivated our fucking accounts. This is some Inception type shit; I couldn't draw a line clean through the specific events or decisions that culminated the creation of a Draenei woman trying to fix a spaceship in the dark.

I've certainly attempted this before. It is a fact universally acknowledged that you can't go home. But could you go back to the same neighborhood; that's what I want to know.

Every other attempt to return has been designed to resuscitate my beloved Harridan. Wyneth Fucking Harridan! She's in a couple strips, I think; I know she's in this one, drawn as it was from real life. Every time I look at her quest log it's like finding a Links Page circa 1999, a lot of colored text that don't go nowhere, and I don't know what any of it means now anyway. I don't know why that person ever wanted a crisp basilisk urethra, but apparently they didn't need it that bad. Harridan's bags are full of beaks and other fuckin' gross shit way past its shelf date. They've dismantled and reassembled what it means to be a Paladin so many times - I don't think this is bad, necessarily, just true - that my action bar looks like a seven year old's grin.

Here's the new shit: actually do new shit. I was never an altoholic, really, because I loved Harridan so much. Start from zero, in a new place that has no creeping tendril of the other life. New race I didn't invest in. New class. New… moths or whatever. Whatever they want me to fuck up, I'll do it. And yeah, five minutes in, I got some dude trying to make me get six of something. But I know its silly. And he knows its silly. We're all just out here, together, doing the best we can in a world where you have to get six to ten of something just to survive.