Grand Admiral Thrawn is back, welcomed into loving embrace of canon, and I could not be more pleased. The younger iteration of myself liked him much more than the current revision, but the main thing is what it proves: that they aren't above boring into the years upon years of calcified work to haul worthies to the surface. They have an eye on it. Hopefully not all of it. Hopefully we can erect some tasteful shōji or something to obscure certain parts. You can tell from Panel Two where my own fantasies lie, in the voice Karen Traviss brought to the setting, a little more military and a little less mystic. Time will tell. 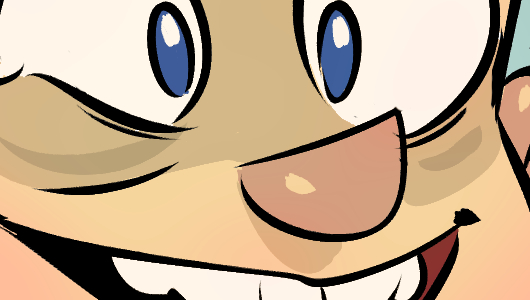 Let's celebrate this newly minted Wodenstag by acquiring and incorporating like only we know how, with Episode 8:

To be delighted even faster than you have been currently, you can always Subscribe to the YouTube channel. Starting From The Beginning, you know, also an option for you. There is a third, brand new option that involves listening to this season of Acquisitions Incorporated as a podcast should you choose to, just as in days of old. Take full advantage. Listen to one, while you watch another. Feast on it. Listen to seven simultaneously while you watch an eighth, and get completely caught up. Indeed, here are all the ways one can absorb both our tender podcasts, and be nourished.

It's a little hard to imagine, but we've been making AcqInc since May of 2008, when my friend Mike Krahulik called his character Jim Darkmagic mostly just to make me mad. Judging by the conversations I have at PAX, it was many people's first exposure to D&D or roleplaying in general. Now they're running their own games, or using Dungeons & Dragons as a substrate for a deeply customized system as we did here. I definitely want people to enjoy Acquisitions Incorporated, but I also want them to see it and be like, hey. That looks like something I could do. I could get a bunch of my friends over here, and we could tell a story together. And they can.