I realized something very important when I got the art back from this strip, which is that I hadn't like one hundred percent told him what I was going for with the Horses. I can tell you, though. 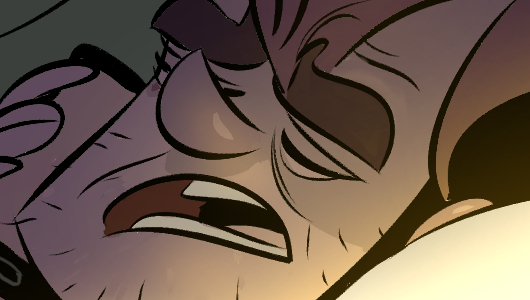 Recall that I have never been to Gen Con, so the way I conceive of it may not be correct, but it's my understanding that it takes place at The Inn Of The Last Home in Ansalon. You won't actually be able to convince me otherwise. I imagine that I am opening a door, and when I do, the scent of Otik's Spiced Potatoes seizes me bodily and I am squeezed through a crack in the door like a weightless puppet. There are horses because the whole thing takes place in an authentically medieval context! It's not just because there's a bunch of Goddamn horses! But I see now that he was not privy to over twenty years of emotionally charged embroidery on my part, an effort to return to a home I have never actually been to. So that probably explains it. To me, that urge and its attendant details stand on the features of my face, fully legible.

I can hear you thinking, "What? A New Episode? HOW" but it's cool. You need never be startled by information like this! You can simply gaze into our , the Orb Of YouTube Subscription. And don't forget that this entire series leads into the live game at PAX West, so it's never too late to catch up - either by hitting our seasoned , or by stuffing the audio directly into your ears with our podcasts, available all over the fucking place:

Come get as much as you want. We can't run out, in fact, it's quite the opposite. We're always making more.