As happens so often at a PAX, a game gets lodged in Gabriel's mind like a seed in a pavement crack and then all hell breaks loose. 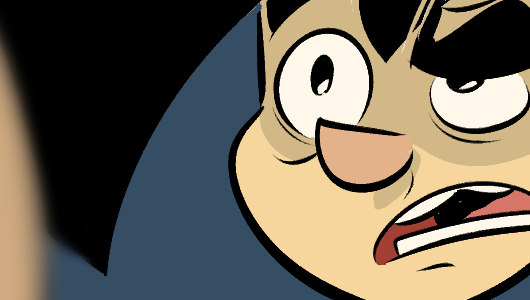 I go to a lot of PAXes, though I have also heard the pluralizations PAXii and PAXen; all are welcome. I see a lot of games and sometimes they get amalgamated in my mind-zone - for example, I thought for sure that Star Realms was by Greater Than Games, when, you know… it's not. That's Galactic Strike Force, which is not Star Realms in any way. For one thing - and this is a big one - it's not called Star Realms.

It's called something else.

When we wrote the strip I hadn't played it yet, but I played it some last night and now I am incandescent with knowledge. Come, be as I am: you can grab a free digital version for any platform you can think of that will tell you everything you need to know. I would not describe this app as being "beautiful" or "elegant" but after one turn you're going to give precisely zero fucks.

Put simply, it's "Magic: The Ascensioning." If you've played those games, and I think they may be some of the most played deckbuilding games of all time, you probably know exactly what's going on now: you build decks from a central auction, but there's also explicit hitpoints for players that get ground down by direct attacks. It's addictive as hell, and I understand how his mind came to be colonized by this aggressive pathogen.

At Least Wait Until I Leave The Room