I mean… it's true, to a certain extent. I certainly advocated for unrelenting brutality in his own campaign, I have references, but when I'm running a table I have my own objectives. And they don't all involve grinding parties into a nutrient-rich paste. 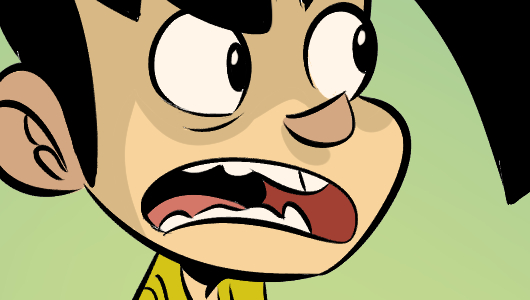 People ask me at PAX shows if I've played systems aside from D&D, and I do; round round get around, I get around, yeah; get around, woo-ooo-ooh. I think "profligate" might be an apt term. I respect the giants of the field - my first game of D&D was at six years of age, and I can still remember the ooze that dripped from a crack in the ceiling and crawled up a broadsword toward my arm. Likewise, I can remember the moment I learned that Deadlands was actually a horror setting; the DM had masterfully hidden much of that from the players. But, God damn. Paranoia. Call of Cthulhu. Polaris. Mouse Guard and Torchbearer are both skins of Burning Wheel, but there's a homebrew of the Aliens setting using the Burning Wheel system I'm completely obsessed with. This is an exercise in futility, and we could be here all day. I love the traditions and shared culture of Dungeons & Dragons, but there are many systems that all lead to collaborative stories, and they all impart a unique texture. Fiasco and Mage okay now I'm done.

I mostly run games to bombard players with sensory data and plunge them into horror. In this case, I'm also running the game so that we can begin to stake out what it means to be a franchise of Acquisitions Incorporated so we can make a cool campaign book about that, but… it's also really fun. My life is constructed in such a way that if I want to go to a tabletop convention, I have to found one; if I want to inflict the ridiculously complex backstory for my D&D character on people I have to found a weekly streamed spin-off of another campaign.

Good God, my life is weird.