Something I've never been able to understand is how you could forget what it's like to be young. I haven't, but I have a weird memory where if I remember something I experience it and generally shudder or make a sound. God only knows; maybe not forgetting it is itself evidence of some spiritual malnourishment. It could also be empathy! That's another thing it could be. 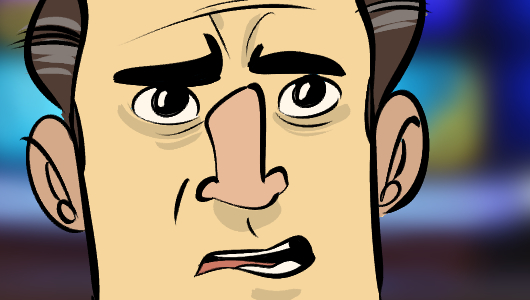 The types of content I've seen produced about Fidget Spinners, ranging from them being representations of Illuminati tampering with the youth to existential treatises on the paramount value of boredom to… what else… like, portents of our political climate are very, very hmm. I'm not going to say that the Internet is bad. But I will say that the Internet is very, very good for bad people. The capacity to preen on an authentically global stage is has created an environment that births monsters. Or, at the bare minimum, people who are incredibly fucking annoying.

Fidget Spinners have been banned at the school where Grob's larvae go, and I understand that it must be a frustrating sound when fifty percent of the class has them - something like a wind farm. I can remember when Garbage Pail Kids and Pogs were banned at my school, no doubt it feels as tyrannical now as it did then.

It gets complicated when you have a child who is situated somewhere on the spectrum; it's weird to think that something in use as a therapeutic tool could become such a fad. Something that allows you to move while sitting still is performing a novel, useful function and it kinda sucks slash might not be 100% legal that some are deprived of it because their medicine got fetishized by mainstream culture.

Hey! Our producer Josh is taking a well deserved break today, so no stream this afternoon. We'll see you again next week; I have about a million shows I want to do on there and I want to them all and I will do them all, but I can't do them all at the same time.