Brenna went out and saw Wonder Woman last night, and was enraptured; I am given to understand that evil did not endure. Gabreel only had single problem with the film that I know about, and we had to make it up for the strip. 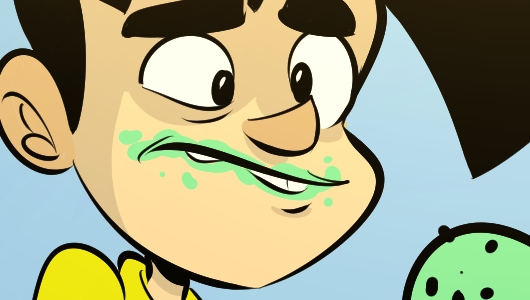 Unless it's a movie mostly about Lego shit, seeing a movie with Brenna is… not impossible, per se. I would say it's on par with establishing a Lunar Colony. Teams of specialists are activated. Multiple failures intrude on the way to success. Occasionally, there are deaths. But they knew the risks.

I'm really enjoying "the home game" of E3, in the way some people probably enjoy "the home game" of PAX. So much of the stuff you might want, outside of the fellow-feeling, can be transmitted now that it broadens the audience a lot. What have we learned so far? Well, for one, Anthem has taught us that "Destiny" is now a genre. This keeps happening! Also, we've learned that Microsoft doesn't know how to name shit. Learned it again, maybe. Xbox Two would have been just fine, everybody. I'm not saying it's good, I'm saying it's better than one they went with.

My office is like ten minutes from you guys, in good traffic. I've offered it before, and I reiterate that offer here: I am incredibly expensive, but I will name your stuff for free if it means I won't have to endure the lexical caltrops you're constantly flinging into the public square.