We are occasionally ill-served by the One More Win policy; there are times when it compounds the shame and does not result in a reaffirmation of our victorious destiny. We will occasionally invoke the policy retroactively, even. There have been nights where the first round was so good, an exemplar, such a burning display of our martial vigor that we stop right then, immediately. 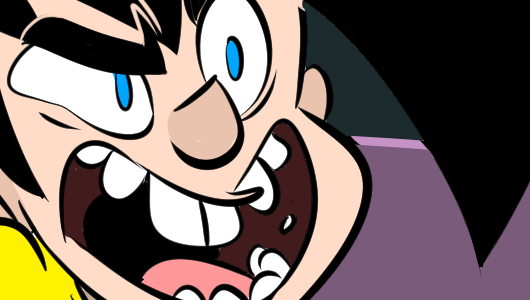 We gotta talk about this new interface on the Xbox One. I heard all kinds of what I would describe as "not good things" about it before launch even though they can't really afford that kind of launch right now. It didn't turn out like that. I mean, it works - which is good. But the philosophical gearshift is palpable.

So, the update to the console interface itself - what they call NXOE - is a big deal on its own. For the way I use the system, the really common, every time type stuff, it's not the same box. Sliding out the panel on the left, creating parties and invites isn't just better, it's approaching great. They had a tradition of updates on the 360, and eventually they went one step too far: the current UI over there is too Kinect focused and too slow. The new interface can't really be called anything other than an indictment of the old regime; it's like when a revolutionary force takes control and restarts the calendar. Voice commands get a buff from Cortana next year, but the rest of this UI doesn't give a shit about Kinect and it's for the better. I never used it to select anything, unless I couldn't find the controller for some reason, and even then I almost always relied on voice for something more than a couple selections deep. Speed is the watchword. You can start a party now without feeling the first burbles of volcanic rage.

Aside from all that, something needs to be said about this backward compatibility. I had zero faith in this, and in broad strokes Backward Compatibility in capital letters isn't really a boon for me because trying to keep up with new shit fills most of my time. I did have certain games I would go back to for their meditative quality; I'm thinking specifically of Pac-Man Championship Edition, which was in the list of a hundred or so blessed games brought forward. Emulators typically fuck with the experience in games you know well, but this isn't business as usual as far as that goes: they're actually recompiling the games first and then packaging them for download.

You pop the disc in, and it grabs a version of the game compiled for Xbox One and installs it. Or, and this was the experience I had, if you open up your game library you'll just see a bunch of 360 games you already own in there. Download them and you're done, except you can record videos and do all your Xbox One shit. If you have saves in the cloud, from your old system, it will grab them and use them. It's works like the idea of Backward Compatibility, without any pesky reality to get in the way.

There's things I have in my compatibility wishlist, of course - the versions of Settlers of Catan and Carcassone on 360 were probably my favorite manifestations - but you might find something you remember well in there. Monday Night Combat is Kiko's favorite game, and it made the cut. When he jumped on to play again, he found full servers all night; maybe he isn't the only one.