I love this fucker so much. Good God. What a butthole. 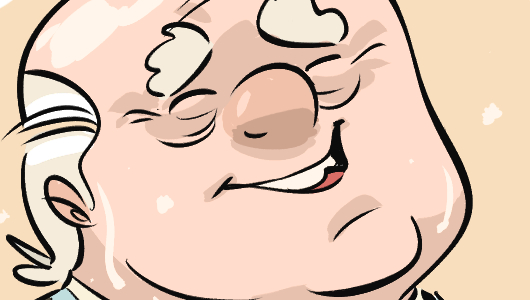 I had a super good time with the inaugural episode of Acquisitions Intoxicated, a new brewing stream we're doing out of the studio in back. Beer is something like a life practice; like coffee, eventually it started to seem irresponsible for me not to understand it better. It has what I want from a hobby, which is to say that - like Table Tennis, let's say - it will meet me at whatever level I want to engage with it. It's a part of history you can actively participate in. It is a human endeavor.

My friend and fellow Dungeon Master Eric Benson are going to travel through the entire Acquisitions Incorporated roster, making beers (or other intoxicants) for each - beers that are about characters, or artifacts of the setting. Check it out, if you get a chance.

On Tuesday afternoons, after we wrapped up our Warmachine Show with Privateer Press, we've basically been trying to cut through our supply of shrink-wrapped games that the Age of Kickstarter has saddled with. Eric brought over a copy of Mythos Tales, whose keywords would be something like "Cooperative Choose Your Own Adventure Horror" or perhaps the more piquant "Good T.I.M.E. Stories." In any case, it's a super fun game and it's also a super fun stream game, because (as it's completely about reading and interpreting text) the stream can play along - especially at the end of a mission, where you literally take a test about how well you understood it.

It was a blast, and you can catch yesterday's playthrough of Chapter 2 right here. I'm hooked now, though. I don't see a situation where we don't just play through the whole fucking thing.