I grew up quite Churchy, for lack of a better term; eventually I couldn't square some of the concepts. Then religion was simply the casualty of a mother who wanted her son to remain alive and a son who thought he was smarter than every other living person. 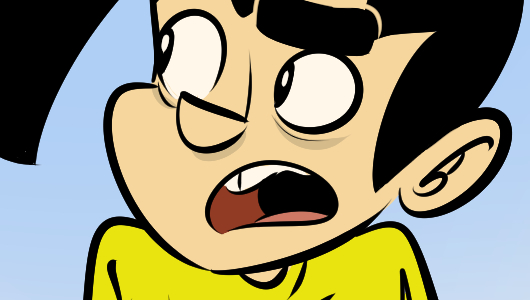 I often refer to it as a Snake Handling sort of church, but there weren't literal snakes; it was just a lot of stuff that, again, I couldn't square. The Speaking in Tongues type stuff is one thing, not really a fan of that, but other people in the room claiming to translate the nonsense another person had said shouting prophecies at the top of their lungs was, uh… Hm. I found it pretty terrifying.

In my experience, and again it is only my experience even if I have a lot of it, most of the people in a church are either going to maintain the peace in their families or they're legitimately trying to incorporate spirituality in their lives. But there's a type of personality that can find a lot of success in these contexts by being the Most Holy, which is to say the Most Reflexive, version of whatever received wisdom template we're talking about. Having had to endure people like this as many times as I have, it's quite clear that this is a personality type and a church isn't even required, just an imperious belief system that won't endure scrutiny.

I went to a church as a young person that I could tell even at four years old could have shifted into cult territory, and probably would have, except the pastor had a habit of seeking the Lord in people's wives.

What this all means for me, as a consumer of fictional cults, is I have relatively high standards. I'm going to keep pushing the story beats in FC5 so I can have more toys to play with in its open world slash conceptual blender, but religion is incredibly powerful as a tool of manipulation and I would have embroidered the lure a bit more than they have here. It's hard to do right, because it means that you have to make something evil, which is a kind of work that doesn't feel good. So, this execution is not for me exactly but that doesn't mean it's not for anybody.

Hey! PAX East is tomorrow. Yes! It starts on Thursday now. If you aren't rolling in to the show, you can always visit as much or as little as you want on the various PAX Twitch Channels. There's four of them, and they've all got good stuff. And don't forget that Gabe is running the table at East's Acquisitions Incorporated game this Thursday on the Main Channel - he's been working his ass off on it, there's a lot of accoutrements, and I know very, very little because he keeps kicking me out of my office.