It was like five minutes into the start of this E3 shit that we found out about Battle Royale coming to Battlefield V, but it's like… Battlefield's inherent virtues mean that it has something to say here. Powerful vehicles, classes, and destruction are going to flip this thing on its head. For a Royale game, tech wise? DICE started on third base. 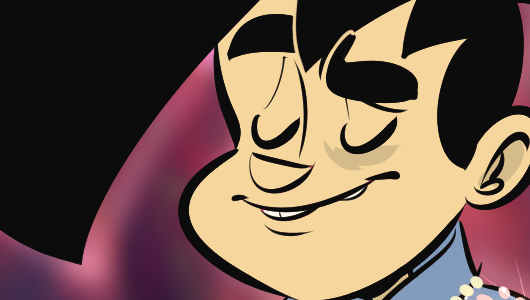 It's like I said about Realm Royale - this is a genre now, so, you know. Good timing for them I guess. It's like when everybody had to have Capture The Flag or some shit. I have to be honest with you - I don't play much Call of Duty these days, a little Zombies maybe, but Blackout has me intrigued. Ryan, Mike, and I do have an over/under for Royale announcements, but I won't put up the bets until after the show.

It's been running for a few weeks now, and it seems to function as intended, so I'm ready to invite everyone else into the new Club PA.

Because the old backend was simply a creature of its time, a noggin-fogged beast that was constantly forgetting people's addresses, I tasked our Technomancer with the manufacture of a new backend. After looking into it, he suggested that he'd be making something very similar to Patreon, the only difference being that Patreon would offer better rates for transactions. Then it was like a rom-com, meet-cute thing, only it was between me and some transactional middleware.

There are two tiers, just like last time, and you might ask your doctor which tier is right for you. Highlights of the lower tier are exclusive pins, a monthly comic and more art from Mike, but you might look at that list and say "Honestly, I'm more intrigued by the store coupon" and that's fine. Highlights of the higher tier are quarterly, exclusive roleplaying streams and merchandise drops, but again, you might say, 'If I'm being frank with you the highlight of the upper tier is really the roleplaying podcast 'This Old Lair' by Jerry Holkins and Eric Benson, where I can get answers about roleplaying or worldbuilding tips for my own campaign'" and that's also fine. If you like what we do here, and you'd like more of it, we have created a mystical conduit with that in mind.