Gabriel's family is apparently the only force that mitigates him, because when they left last week for a few days he reverted to the creature I met twenty years ago - a kind of mad-eyed urban forager who is deeply confused about what constitutes food. Once he drank Sprite for months - I mean, like, in lieu of water - and his urine became thick and rich, like Mrs. Butterworth's. If left alone, I have no doubt that tiny crystal cities would rise from the thickest part of the puddle. 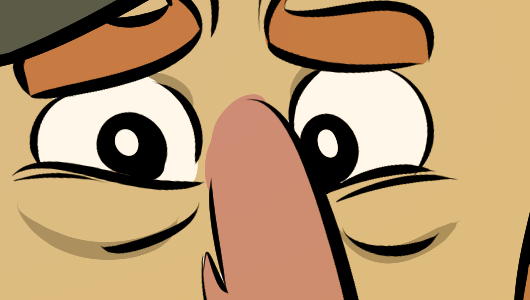 People sometimes ask for "the receipts," occasionally interspersing the clap emoji, but I can offer you an actual receipt. Look at this:

I feel like it's vital that I establish the factual nature of these things before I deploy our incomparable strip. I don't think the young man voiced his concerns, but I feel strongly that such concerns must certainly have been in evidence, an accretion of data multiple crazy walls in scale which lead inescapably to a single conclusion: he was delivering pizza rolls to a man whose body was already a kind of bipedal pizza roll.