After this Madden Ultimate Team shit, plus a Call of Duty beta I played with Keek and Glamdring every possible second, our descent into performative masculinity is complete. The only question now is whether or not this constitutes our final form, or if this is a kind of moist, pupal proto-bro scenario that ultimately results in something more firm. We'll see. 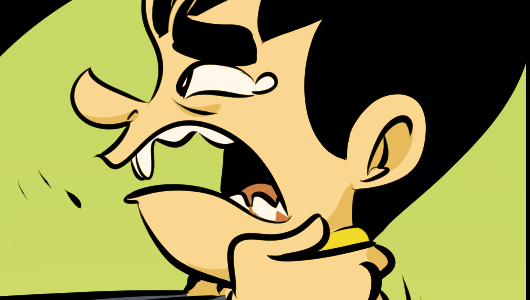 Later on today, specifically at 4pm PDT, Acquisitions Incorporated: The "C" Team returns - get caught up with Kris and Ryan's funny video for the last arc, and come hang with us tonight!

Over the summer, our house is essentially where all the neighborhood kids hang out. A couple of these young women had expressed an interest in Detroit: Become Human, but they had no PS4 to play it on. I offered to let them borrow my PS4 in exchange for a review, which immediately follows this paragraph.

Where is the line that separates human from machine? In Detroit: Become Human, an RPG produced by Quantic Dream, that is the question presented to players. Set 20 years in the future, the game produces many gut wrenching situations dependent on a player’s choices. The multitude of time sensitive controls add the possibility of failure that can completely change the storyline. Stunning visuals, immersive soundtrack, obvious attention to world building, and complex characters that players can connect to, make Detroit a game that ropes the player emotionally and physically into the world, creating a personal experience for each individual to enjoy.

The controls were difficult to grasp at first, having never used a PS4 before, but through experience, we adjusted quickly. Along with that, many of the decisions and actions in the game had a time limit. This created urgency in serious situations, and required us to make split second decisions instead of taking the time to figure out the best choice for the scenario. By forcing the player to choose quickly, the response chosen is made in the moment. Many of the games we have played have all been “failure equals death, try again”. Instead, Detroit does not give second chances. The storyline shifts to a new outcome. At the end of each chapter, you can see your route, based on the decisions you chose, along with other options that could have resulted in a different outcome. While some paths are direct, with only one possible outcome, many of the scenes had at least four endings. This way, failure is a part of the gameplay that doesn't detract from the story.

A part of Detroit we both found to be so enthralling was the attention to detail. The raindrops on leaves, the snow building up over time on clothing, the distinct shadows during different parts of the day. The thought put into the world is so fine-tuned that we would’ve been content to just take our android for a walk around the small park downtown, or towards the looming construction in the distance. The game feels complete. Of course, there are the few glitches that sneak their way in, but the combination of beautiful aesthetics and intricate story covered it up perfectly. The amount of details also applies to the characters. Each time we played, the way our character’s hair would move in the wind, or how they walked would change. An android might change the way they walked to exhibit a different persona, which proves the developers’ thoughtfulness.

In Detroit, the player controls three different androids with interwoven timelines. Connor works for the Detroit police investigating deviant androids, Markus takes care of an old artist, and Kara watches a child named Alice and handles the chores. Each storyline is shaped by every decision the player makes. All of the characters’ stories end up overlapping so any decisions made for one character could impact the story of another character. Playing as Connor, the main goal is to locate and capture deviants, androids who have gone off their programming. Playing as three characters with three different goals creates a challenge, forcing the player to decide who they support most.

There was only one part of the game we wish had more closure. A symbol that you encounter multiple times throughout the game, has important story significance. However, the meaning behind it remains a mystery. By the end of the game, we still hadn’t learned as much as we wanted. Some players may prefer that kind of mystery, but to us it was just a plot hole we wanted to know more about. The other main point of confusion during our playthrough was the unclear transitions between cutscene and gameplay. Due to the cinematic aspect of the game, it was often difficult to tell when a cutscene had ended and when gameplay had begun again. Many times we waited for a while before realizing that the cutscene was over, which brought us out of the moment.

Despite the few inconveniences we experienced, the game overall is an enrapturing experience that kept us engaged to the very end. After playing through once and seeing all the different options that we could've made, it’s clear that this game should be played multiple times. The amount of variables opens up so many diverging paths that it’s hard to feel satisfied with just one playthrough. We both watched a playthrough online before playing Detroit ourselves and we found no less enjoyment having already known the basic plot points. Watching it being played by someone else is a full experience, but it cannot compare to playing it personally. Overall, Detroit: Become Human is a wonderful plot-driven game that leads the player through a beautiful world with an addictive story. The game wraps you up physically and psychologically into the world and characters, creating an experience that drives a player to finish. Happy ending or sad, it is entertaining to watch any outcome unfold.

(One of them even included some Fan Art! I can't wait until I can hire one of these people.)