Hades is sick with the fever. 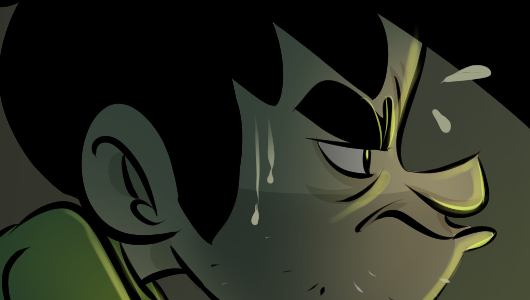 They just dropped a patch for it too, stuffed with the collated Wisdom of Crowds regarding a number of issues, and there's a little note ticking down at the bottom toward the next big update. It's funny; I know these guys fairly well, I was a fan of Greg Kasavin from way back - gaze ye upon this 2002 act of worship in the strip for more - but I usually try to grab a bite to eat with them if they're working a PAX. I've given them a ton of unsolicited advice, for example:

- Pyre was really cool. I think it's cooler than most people had an opportunity to know. It's a little inside baseball - or, maybe, Basketball. Wizard Basketball. Greg did what he always does and wrote his fucking ass off. He also worked to create a narrative that ennobles literacy, which hey. Thumbs up emoji. It was about this time I finished my second Tanqueray and Tonic.

- Now. What you SHOULD do (sip) is to completely rework your combat system - by which I mean your imaginary sport that you've already invented and then made and finished - as a turn-based, tactical wargame. This shit is back. And I think it would expose this work to a broader audience and also I will commit to purchase one (1) copy. IT'S BASICALLY DONE come on guys

- Actually, actually, listen. Listen. So you're probably doing shit right now and you can't reorient your entire vessel in accordance with my needs, vital though they may be, but how about this: contact Steamforged Games. The art and models you have will put a physical game ahead of schedule, and they have a strong track record of gaming IP integrations and a vigorous approach to Kickstarter. What's more, their first outing - the one that put them on my radar - is Guild Ball, a literal sports wargame.

I also suggested that a Roguelike would be more or less the optimal marriage of their art, writing, and design conceits. They got real weird looks on their faces. Then a couple months later, Hades dropped on the new Epic Store. Like I said: never wrong.

Of course, like every game, there's a specific place you wanna play it. And, thanks to my cohort's efforts, that day is nigh.