We thought it would be fun, embedded in the heart of the Blizzard campus, to try and make up a couple Overwatch heroes in the afternoon. What we did not expect was to be doing this alongside Arnold Tsang, a man whose work you've been steeped in for years even of you didn't know that he was its origin coordinate. 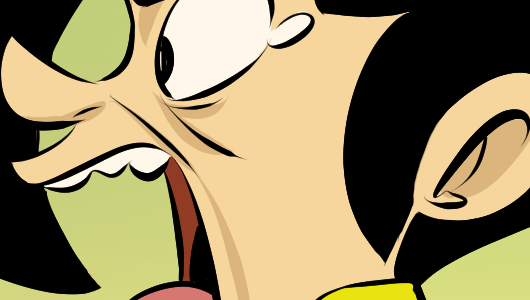 Did you have a chance to catch the stream? It was ridiculously fun, and might be good company for you. It was essentially people laughing and coming up with nutty character abilities while artists appreciated one another - a deeply pure experience. I didn't find out until later that Gabriel felt intimidated as hell virtually the entire time. He played it real cool though. It's not like he didn't have fun or anything, but damn. Arnold is a beast. And incredibly nice, like… jeez. Watch the stream and see.

We're in the part of the year where there's a PAX about every month or so, and where there is a PAX, there are Enforcers making sure that it's the best show on Earth.

The next one is PAX South, indeed, it upon us - running from January 18th to the 20th, it still needs a just a few Enforcers to perfect it. Is that you? You can learn more here, and you can sign up here. Enforcer Manager (see also: "Enforcer Supreme") LA has let me know that she gives bonus points to those who take the application seriously and extra bonus points to BTS fans. The opportunity for a double bonus seems too good to pass up. I think the BTS she's talking about is the Korean band, but it's possible that she would accept other iterations.