I like comics when I read them but I always forget they are there. I'm not trying to speak with insufficient reverence, I'm just a finite creature. However it came to be, I've always been around artists for some reason and they've kept me up to date with stuff but I can't pretend to any kind of true membership in the sanctum. 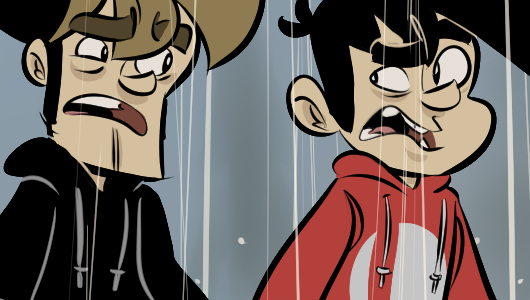 If I watch a DC movie, it's generally on one of the planes I have to board all the time. Outside of Wonder Woman, generally speaking they seem kind of confused about what movies are for or how time works in film. Something I'm confused about also is how bad these scripts are. Not even trying to be a dick. If I were going to spend a couple hundred million dollars filming something, I would at least read it before we started shooting. But Gabriel says Aquaman is good and though we rarely overlap I assumed it would be physically dangerous to view and he is still alive.

I was directed to this article from McSweeney's Internet Tendency on the topic of Aquaman and the attendant aquamania and you may find that it improves your day.

Gabe and I are gonna stream some Smash Bros at 2pm PST, with a rotating cast of others who long to lose to Gabe. I'm pretty sure at least Dabe and Dora are gonna roll through, but Nick Trujillo (who you might remember from Strip Search or the great work he did on Thornwatch) is apparently a real motherfucker at Smash tryna go pro and shit. So it's possible we might learn something from him, even if what we learn is that playing it against Nick Trujillo was a really, really bad idea.