There was a spike of normal functionality mid-week, like one might expect from a modern city, but just as soon as we'd tasted civilization it was gone again. Brenna went shopping for the End Times, like she was stocking for a radical shift in governance from something like we have now - with established channels of authority from Federal, State, and County - to a marked declension of it centered primarily around tattooed despots with shotguns on quad bikes. It has served us well. 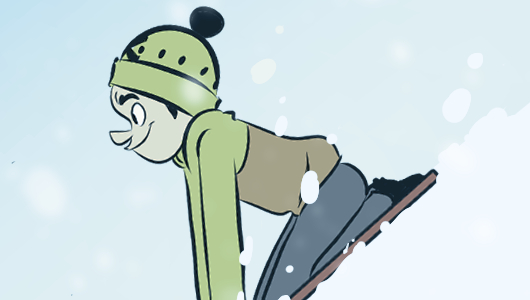 We have already traded some Dark Meat for a few chunks of fragrant wax.

As I suggest in the strip, we're from a place where such things are so commonplace as to exist below the conscious threshhold. But that town, benighted though it may be, at least has an immune system that kicks in under these conditions: tools and trucks and salt and gravel and people who get up earlier than you do so you can go to work. This is a town that is built for and from Good Vibrations and has no fucking clue what to do whenever anything outside that sun-kiss'd band occurs.

Honestly, I kinda like all this; I walked down into Ballard to get a the copy of the Genestealer Cults Codex I'd reserved at Mox, the even though it was very cold and generally considered to be impassable by vehicle the neighborhood had begun to thaw socially if not any other way. I like apps and the Internet and stuff but I do generally speaking consider the current state of things to be Fucked, and the only medicine for it is to talk to each other, which has been the primary fruit of this apocalypse thus far.