Some of the more traditional tools you might be able to bring to bear on Valentine's Day aren't available, but there are some classic standbys that never fail to please. 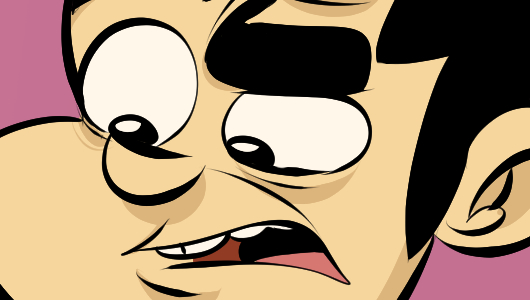 Valentine's Day was a time set aside during the year for Brenna and I to wander and graze through Ballard and see which cool places had managed to survive there since the year previous. It seems like it's a real fuckin' jungle, some real Darwinian shit. You get like one block off the main line in places and it looks like it was glassed by an orbital beam. Ironclads like Mox and Hot Cakes are still runnin' it, I'm glad to see.

Last time I went down there, it was a little gap-toothed but all the places we've been trying to support are still going. We buy all of our books through Secret Garden; Ronia was despondent to learn that the next salvo in her gay teen fencing series wouldn't descend from heaven until May. It was dark tidings for sure, but she looked into the middle distance for a time and became resolute.

Currently in Eighth Place, Gabir Motors - proud member of the Dragon Race Team China family of companies - is where it needs to be to creep into the next season. Enriqua Lara's decided to take up flying airplanes while she's still wearing a neck-brace from a life threatening injury, and Hong Liao is eating his feelings. So: everything's… fine? We get it started at 2pm PDT but you never know where the stream will take us. See you then.