There are certainly complexities around the Yoshian mythos, but the aesthetics are impeccable. It's as though you've been given access to a range of light that exclusively communicates joy, and now you can see it. 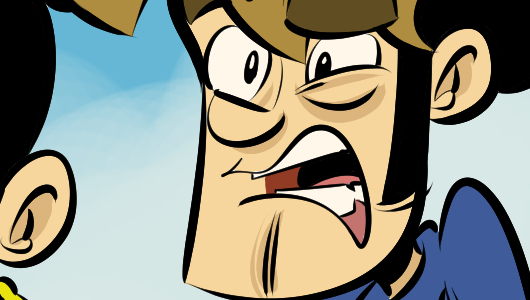 I grabbed it to play over the weekend with my shrieking larvae, and the boy was mortified by what he perceived as various concessions and deviations from the Old Ways, like the Egg Reticle not moving back and forth. Yoshi's Island is his favorite game, so some of this makes sense, and some of it is edgelord horseshit; he was moving the reticle back and forth very fast to simulate the timing challenge. But they don't wiggle the cursor around not because of insufficient reverence, it's because you can fire eggs into the foreground and background as well. That is to say, they did it this way because it wouldn't work otherwise. Gabriel says it gets much meaner difficulty-wise as it progresses, despite the fact that it appears to be made from boxes and tape.

No, for Elliot, it's all Undertale all the time for him now, that's what we talk about when we're walking a dog or whatever. Its amalgamation of grisly bullet hell mechanics and naked, unflinching honesty is something maybe I understand better now. In any case, that's what I told the creator in a mail.

Hey! If you've been curious about the PS4 game with the bird, Falcon Age - which is a reasonable thing to be - you're in luck.

You're in luck for a couple reasons, actually. One, it comes out tomorrow, on 4/9. Second, I'm friends with the guy who founded that company so he could make weird shit like this - Chandana Ekanayake, who was at Uber when they made Monday Night Combat, one of the most underrated, most prescient games of all time. Eka (as he is more commonly known) is gonna be in the studio with the team TODAY at 2-4pm PDT, come by the Twitch channel, commune with the devs, and maybe - just maybe - win an early code for this shit?!?