One of the things I like about From Software's whole historical fantasy… thing is its inscrutability. At least, initially. It doesn't remain so, and it is this process of progressively enhancing one's knowledge that is the main draw. It rewards novel thinking; we've found gameplay in strange places we didn't truly understand were part of these games, and to be seen by it when we're working some intuitive narrative angle only to get paid handsomely in the mechanics is a level of unification most games don't even attempt. In Bloodborne, you might see a monster the size of a building that is just... I don't know what it's doing over there. Hanging out. Discussions of their difficulty pop up from time to time, but the difficulty is part of the story: you aren't supposed to win. Look at what's happened, what happening, look at the worlds they occur in. Look at the foes arrayed against you, their alien motives, their size, their ferocity. Read the inscriptions. Failure is the assumption. Narrative and Challenge aren't two independent phenomena in this construction. My own "story" invariably ends long before the game does - I can't even git the kind of gud they're looking for, and I'm not even mad. The game is like a cosmic Coinstar, and it sorts us all. 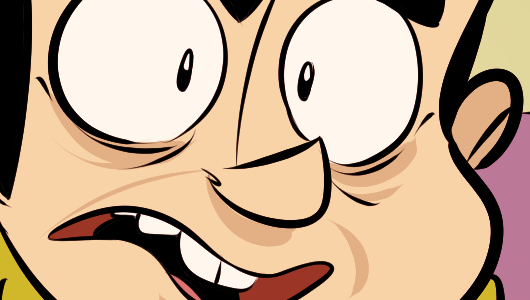 Sometimes Kiko gets these Panini sticker books for Soccer which he occasionally calls Football. I hope I'm not blowing up his spot here, I think it's okay to do this. These books have little outlines in them which are intended to be the homes of very specific cards, which you collect by opening packs. It's funny that the first thing that comes to mind when I try to explain this would be microtransaction lootboxes, who have their origin in the physical model I'm trying to describe, but here we are. Whenever I codify some technique, really get it, it fills a "place" in my mind.

I was talking to my friend Eka, who I met at the first PAX East, about his game Falcon Age - it comes out 4/9 for PS4 and PSVR, and I'm trying to get him into the studio soon to show it off. But we also talked about some of the other hot shit we saw, one I forgot to mention and one I wish I'd had a chance to see.

If I say that Demon's Tilt is "dumb," I don't mean that it's stupid and you shouldn't pay attention to it. "Dumb" is something like a term of art in the creative circle I run in. It doesn't mean bad. It means something that leans so fucking hard into a trope that it undergoes a kind of chemical transition into an iconic representation of the trope - an exemplar. I have a soft spot for pinball, so I was always going to be weak to this damage type, but what they've accomplished and continue to embroider in Early Access is this seductive juncture of consciousness and abandon. I owned it before, but meeting the people behind it was amazing. I'm gonna go play when I finish here.

The second is Treachery in Beatdown City. Let's start here:

I don't know how you get Microphone Commander Open Mike Eagle on your trailer, but it's clearly a good idea to if this lever is available to you. I remember when Treachery was Kickstarted in 2014, and it seemed cool, but it's 2019 now and I'd lost track of it. It's genre mosaic is something new to me: it's a fucking pitch-perfect, turn-based tactics game based on eighties brawlers, with attack combos you cook up via Final Fantasy menus. People despair for the medium sometimes, and I understand that when successful stuff becomes a kind of inescapable catechism it can be easy to get numb. You just have to remember that somebody is out there making Treachery in Beatdown City and we're gonna be fine.