Gabriel and I tend to approach things so differently that we can often accurately predict how the other will feel about something, simply by modeling our own position at a high level of detail and then inverting it. One thing we do agree on is that, if we are really enjoying a game, we will often stop somewhere near the end. 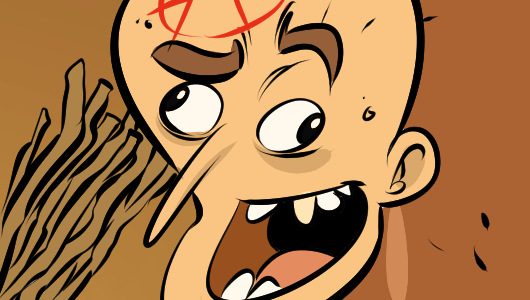 It's not, like… a good plan on the surface. It's the opposite. Liking a game is one thing, but getting sucked into a game and living in there is something so rare that we naturally prize it, apportion it, even ration it. So he's back into Days Gone after a break, and we discussed how for some reason in games weird cults have fuckin' relentless brand identity and an uncanny knack for message discipline. If you're being driven by a singular psychic or biological entity, I'll follow you there - though a lot of the hive's time does seem to be invested in troubling knick-knacks. But if you're just some dudes that think shit is way fucked there's gotta be somebody, some Middle Management Layer, that cluckingly prunes the behaviors of those arranging things so they burn correctly in that hot curtain of blessed, cleansing fire.

New Acquisitions Incorporated: The "C" Team dropping tonight at 4pm PDT, as per usual - back in the airbrushed Nautical Space Fantasy of the old Spelljammer stuff. And, don't forget! The Shadow Council - those mysterious acolytes that make up the enthusiasts of the show - can put their spin on events with my quests in Idle Champions Of The Forgotten Realms. Give it a try!