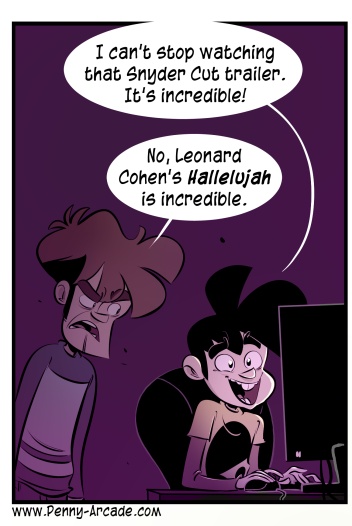 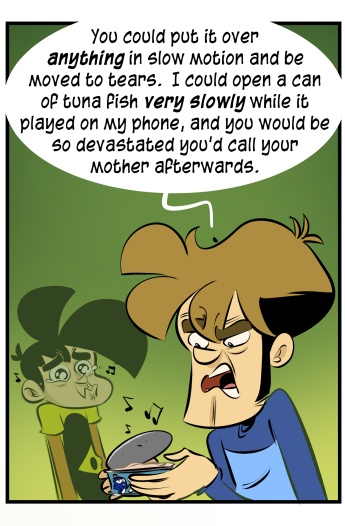 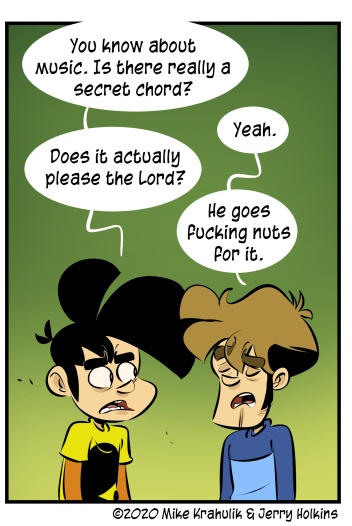 Among its other virtues, Leonard Cohen's famous song is a masterclass on how to rhyme things with hallelujah. You might not think you need to know that kind of stuff, but you never know. Could be a manticore type deal, spectral bride situation kinda thing. Knowledge is power.

It also has the power to transform the trailer for the Snyder Cut into something perhaps a little… grand. Maybe too grand. Right? Too grand for chicken. I like Batman and I like Hallelujah but there is nothing about Ben Affleck's Batman that warrants this. I feel like you get to push a button like this once - truly rehabilitate something with it - and maybe I woulda saved it. I certainly didn't need it here, I was already interested. Where I'm at on the original movie from such a far remove is that it was deeply okay. An opportunity for a mulligan at this scale simply isn't common, and as somebody who makes things myself I'm incredibly curious about the outcome. How could you not be? What a terrifying prospect, this opportunity.  It's some monkey's paw shit. I'd never accept a task like this; it'd be like someone paying you to build an elaborate, multimillion dollar petard hoist designed explicitly to hoist your own petard.

There are two trailer tracks that I do go back to with some regularity, and without malice. One is the marvelous version of Something In The Way they did for The Batman, a movie I have decided to believe in.

The other is the orchestral version of Paint It, Black that was in the Destiny: Beyond Light trailer. Holy shit!