The first quarter, round March - the period this website has referred to as Gamer Christmas - has become so suffused with content it may be impossible to reach minimum safe distance. Ultimately it's about science, which for most modern people is about science fiction, which is itself about balls of flame and ships drawn inexorably toward their expanding maw - the cosmic inverse of creation. 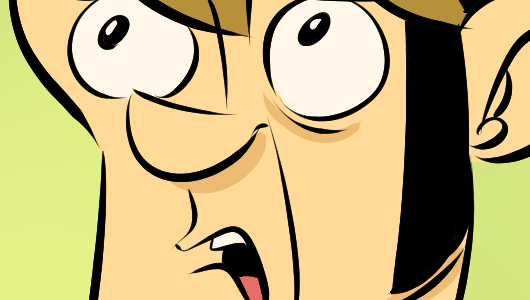 I thought we might hear more about the rumored new hardware platforms, but Nintendo used their Nintendo Direct yesterday to just remind people how Joy works. Luigi's Mansion: Dark Moon is a top five game for me, it is beautiful to listen to, beautiful to look at, and functionally perfect as a kind of playhouse diorama progressively revealing itself through play - the developer behind that one, Next Level Games, is behind this one as well. And they kept the cool multiplayer! But yeah. Nice to see CD PROJEKT RED in there, I'd love to see that continue to be a platform for them, and elsewhere there's just a really neat mix of old and new that I'm just happy to be here for. I also think they aren't done with announcements for this year. What a startling platform their friendly little creature has turned out to be.

Gabe has enough Playstations (a mix of 4s and one Pro if I recall correctly) for everybody in his family to play Overwatch, which I always thought was kinda intense until I realized that playing videogames as a family is a really vital norm over there, but I might get somewhere close to that with the Switch.

Ronia's first game that she ever really got was Animal Crossing: Happy Home Designer. We still play Amiibo Festival and shit; she has a headcanon where she's married to Digby. She's way into it. I've told the story before, but when the credits rolled on Happy Home designer I had to explain what it means when that happens, and she started to sob. She has no idea what she's in for when it comes to a real Animal Crossing game, to the extent that if I ever want to use a Switch in this house again I'm gonna have to get her one. I can use mine to visit her town. We can get a headstart on me puttering around her real house, the house she'll buy herself, toiling beyond all fact and reason to continue offering a relevant service.

Don't forget, it's Wedenstag, which means it's time to fasten the Velvet Cloak around our shoulders for more pulp Sci-Fi in Acquisitions Incorporated: The "C" Team. Ryan is down at E3, but (Who's) Amy has returned, returning us to something like balance. I'll be overjoyed when their sibling energy returns in full, but Elyssa and I are working on a guest spot for next week that I think a lot of people will take note of. In any event! Come see us - it all starts on Twitch at 4pm PDT.