Having returned kickingly to Real Life, I've been looking at this screen for a while trying to remember what I have historically done with it. I've manipulated these black squares below the screen to get where I have thus far - each one corresponds to a specific letter, and I can arrange them like so. 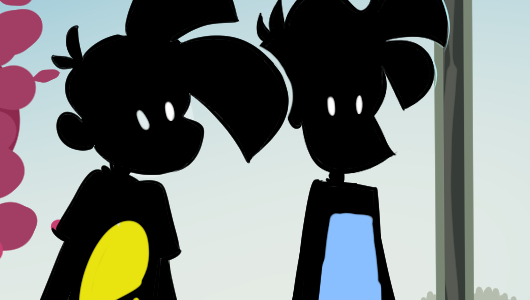 We weren't allowed to have "sugar cereals" unless my Dad was home, and then we had Lucky Charms but the Lucky Charms were mostly for him. He would pour half a box into a bowl typically reserved for The Entire Salad and then he would fill that with a half-gallon of milk and eat it in front of the television with one of the same spoons I'd get hit with when I was bad.

This is all to say that I've never eaten any of the monster cereals. It hasn't resulted in a loss of currency on their part, though. What it's done is elevated these foods of the morning, consecrated them, transformed them into edible saints.

And this worship takes many forms.

Gonna jump on the stream with Ryan "The Hartmaniac" Hartman, trying to figure out if we should get back to our old Spire Related Antics (SRA) or if I should show him this Dota Underlords shit, so very popular with the youth. We'll uncover this and other mysteries when we materialize at 2pm PDT.