I'm up against it now, at the very end of the new Doom, which as things come to a close almost has a kind of bullying energy. Maybe these demons had a chance or whatever before I was carrying an arsenal with me everywhere, now I'm on some Destiny-tier immortal Guardian nonsense and the choice matrix for hell monsters is fucking stark. There are only two choices. And both involve me taking some part of them and putting it inside some other part of them, killing them instantly. 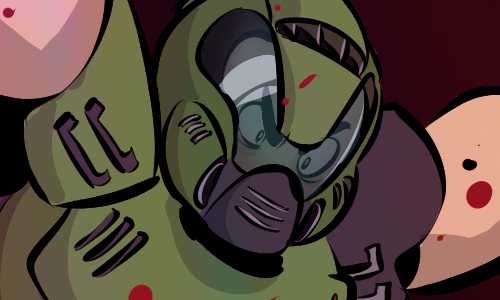 And that would be plenty honestly. That would be enough to break the seal and allow chaos to reign. Except I set them on fire, so they're generating health and armor also. I was almost dead before, and now I'm ready to do it all again. That's the loop. It's so tight you don't breathe for a minute and then the visions come.

It's like farming. I would love to play a farming game that worked like this: seeding kinetic crops and then reaping it in more or less real time, no wait for me, doom is always in season. I use every weapon until its empty and then I crack a devil like a pinata and gorge myself. I have a Sword, and it cruelly sections foes with ease, stacking them neatly like cordwood. But this places them somewhat outside the Doom Economy I've enunciated, in that they don't generate the grist for forward momentum. That being said, some of these assholes require too much one on one focus. They cramp my style. So I'll use it on them, and in a way, it's like they won a prize. Or maybe the opposite of a prize. In any case, I thought about them for a second which is more than these other mooks get.

There is somebody trying very hard to make a kind of cuisine out of the bits and bobs of Doom lore out there, and the fact that they succeed at all, ever, like… in any way, is stunning. It's almost artisinal in its idiocy. I can't stress enough that this is compliment. Generally speaking, and I am in a position to know, "so bad it's good" is usually just "bad."