Unfortunately, or… I mean, I guess we'll see how it turns out, Mike Krahulik was invited to an iRacing Pro Am event. You have to take that opportunity when it comes to you. That being said, it's in Rallycross, which we don't have supreme experience in, and it is on a track called Hell.

The track is actually called Lankebanen as far as I know, but the Hell portion does get played up, even in the official branding:

But we're ready to give it our best, to approach a match played with and against people who race for a living, professionals, people I literally saw driving in the "Best Of Rallycross" compilations I was watching so I could understand how to spot.  We will require deep magic.  No doubt Gavin Greco's custom livery will defend and comfort us like a sacred aegis.  Also, obviously, shoutout to Carl, our lollipop man. 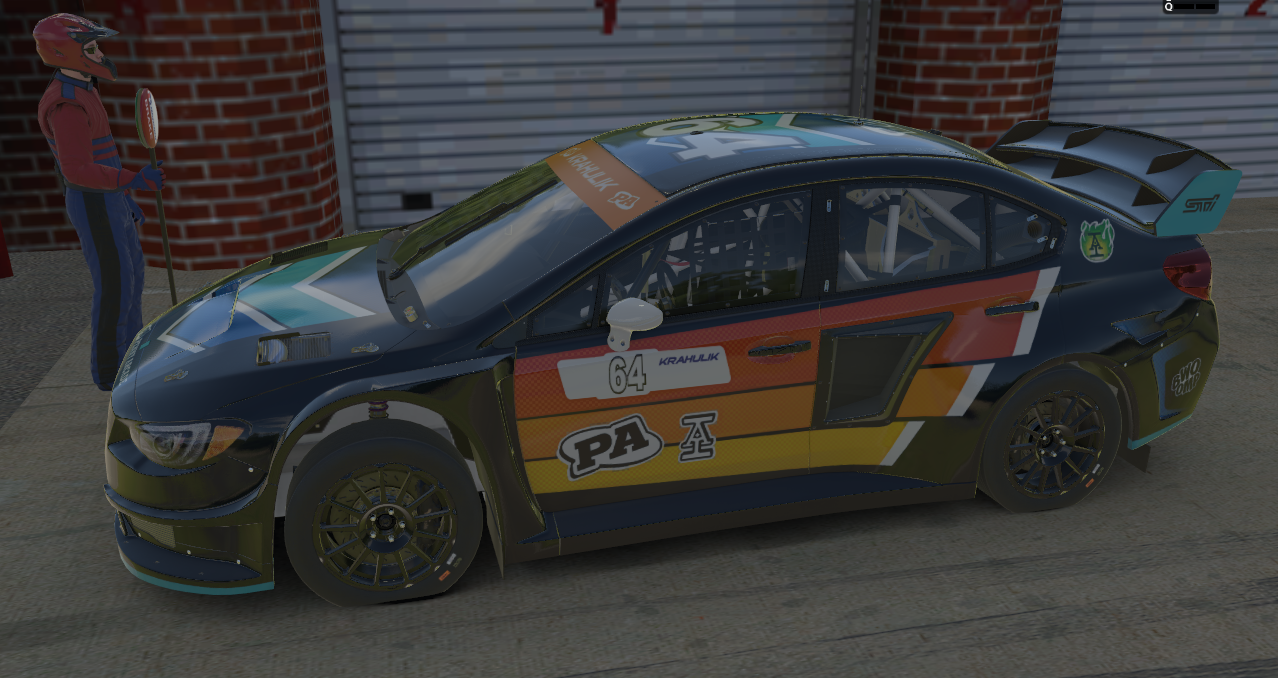 And so that's what we'll be doing today on the stream from 2pm until the event is over or we're knocked unconscious by the fear and pressure steadily building in our skulls. The race starts at 3 or so, practice/qualification and then several heats to break up the pack. If you aren't familiar with Rallycross, and you're arriving as we have from the gaming side of this sport, you'll be startled by an incredibly interesting piece of "game design" called the Joker Lap - essentially there is an alternate route built into the course itself, typically a substantial variation on one of the turns, and one of the laps you take during the race needs to be on that other route and you choose when to take it. It's a novel strategic consideration in a form of racing that is already weirdly intimate and terrifying. They're also doing an "inverse grid," for this race, where the slower drivers start at the front of the pack. This essentially transforms our car into something between "prey" and "terrain" for these ravenous predators, which… I hope will be fun for somebody.